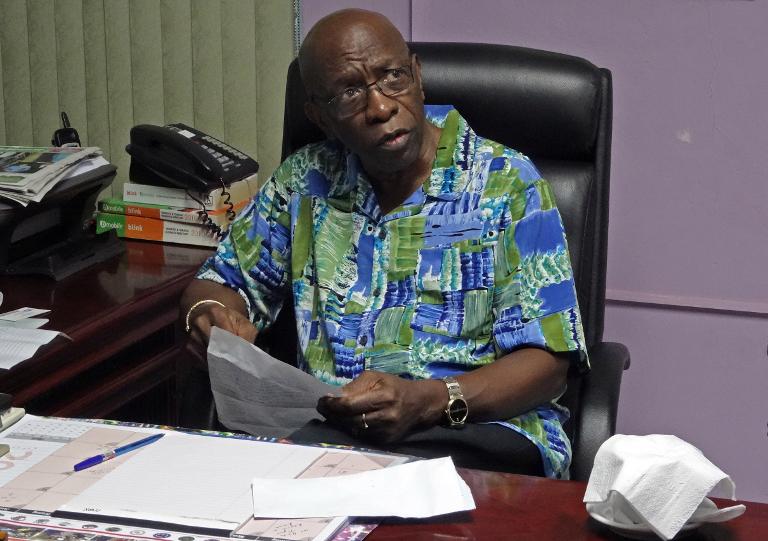 Fallen FIFA executive Jack Warner, the man at the heart of the corruption scandal engulfing football’s world body, on Tuesday slammed the United States as unable to deliver him a fair trial.

Warner, a former schoolteacher and Trinidadian justice minister who has been indicted by the US authorities on corruption charges, has denied all the allegations against him.

He is a key figure in the scandal that erupted last month as one of 14 current or former FIFA officials and sports marketing executives accused by US prosecutors of taking part in a huge kickbacks scheme going back 20 years involving a total of $150 million in bribes.

Warner said in an editorial in his weekly Sunshine due out Friday, that the United States is not the “appropriate jurisdiction” to handle the matter “fairly.”

He argued that the United States is trying to exact revenge because it tried but failed to lobby FIFA to host the 2022 World Cup.

“One must be extremely careful to question whether the United States can be fair in taking action against officials of an international body whom it feels has done it wrong,” he wrote in the editorial.

“In spite of what the US wishes to purport, had they won that bid, the current legal acrimony which is currently taking place would never have been heard of.”

He said the United States was two-faced since he and former FIFA chief Sepp Blatter were welcomed to the White House by President Barack Obama even though Washington is trying to put him on trial for taking bribes.

“Was the president of the United States seeking a strong lobby from a FIFA vice president or was he ‘bribing’ a FIFA official with a visit and a meal to the White House? I think not,” Warner said.

“In each case, the answer is no, but it just goes to show how selective this ‘bribe’ issue can be,” he added.

“I never perceived persons attempting to bribe me for my vote.”