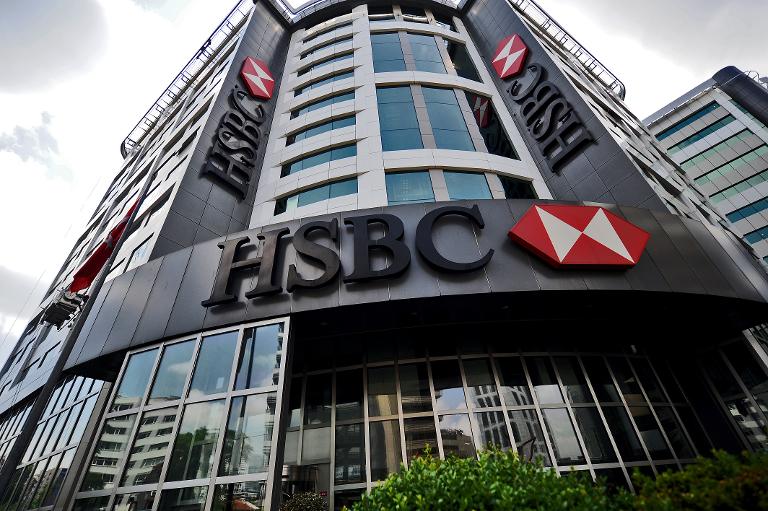 HSBC will cut its global workforce by up to 50,000 as it exits Brazil and Turkey and mulls relocating headquarters back to Asia from London, the banking giant said Tuesday.

Europe’s biggest bank aims to save up to $5.0 billion (4.4 billion euros) in annual costs within two and a half years as it seeks to boost profits and move past recent scandals that have scarred the British lender, including the rigging of foreign exchange markets.

HSBC said it wants to focus more on Asia, particularly in the Pearl River Delta region in southern China, amid an ongoing review of its London headquarters that will completed this year.

“We have reshaped HSBC, but it is clear it is insufficent,” said chief executive Stuart Gulliver, who has implemented swingeing cutbacks since becoming the bank’s head in 2011.

With regard to the group’s possible new base, Gulliver said “there is an opportunity to create another Hong Kong” in Guangdong.

“The world is increasingly connected, with Asia expected to show high growth and become the centre of global trade over the next decade,” he added.

Philip Benton, an analyst at research group Euromonitor, said the bank was “redeploying their resources to where the most profit and the most revenue they can generate for the bank”.

“HSBC is known as an Asian bank, that is what its heritage is. And I think the problem they faced in entering markets like Brazil and Turkey… it took them a while to be established and they were also up against strong competition from the local banks,” he told AFP.

HSBC said there would be a 10-percent reduction in jobs with the shedding of between 22,000 and 25,000 positions worldwide.

A further 25,000 jobs would be lost with the sale of operations in Turkey and Brazil. However some or all of these staff could be kept on by potential buyers.

The group will meanwhile seek to axe its risk-weighted assets (RWA) by a hefty $290 billion, and also outlined plans to rebrand its British retail banking division.

The announcements sent HSBC’s share prices dropping 0.97 percent to 613.50 pence in late deals on London’s benchmark FTSE 100 index, which was down half a percent.

HSBC said the latest job losses would include between 7,000 and 8,000 positions in Britain — where its retail bank is being relocated from London to Birmingham, central England, by 2019.

It also aims to trim its worldwide network of branches by 12 percent, with Britain being one of seven major regions to be impacted.

HSBC has been hit by Britain’s banking levy on the financial sector — which last year cost it $1.1 billion — as well as new industry rules to “ring fence” British banks’ retail operations to protect them from riskier investment divisions.

However, the initial overall cost of the restructuring is estimated at $4.0-4.5 billion.

“Todayâ€™s strategic reset is focused on the delivery of cost and RWA efficiencies, and exiting unattractive markets,” he said.

“The announced restructuring is positive as the market had begun to question whether its sheer size and scale allowed it to generate strong returns,” he said.

“The refocusing on the business on its Asian operations is in line with where future global growth will come from.”

Founded in Hong Kong and Shanghai in 1865, HSBC has been based in Britain since 1992 when it took over Midland Bank and shifted its headquarters to London.

HSBC said it would change its brand name in Britain, with analysts saying it could turn current branches back into the Midland.

The Brazilian arm of HSBC said meanwhile it would maintain its presence in the country and keep serving clients, despite selling its operations.