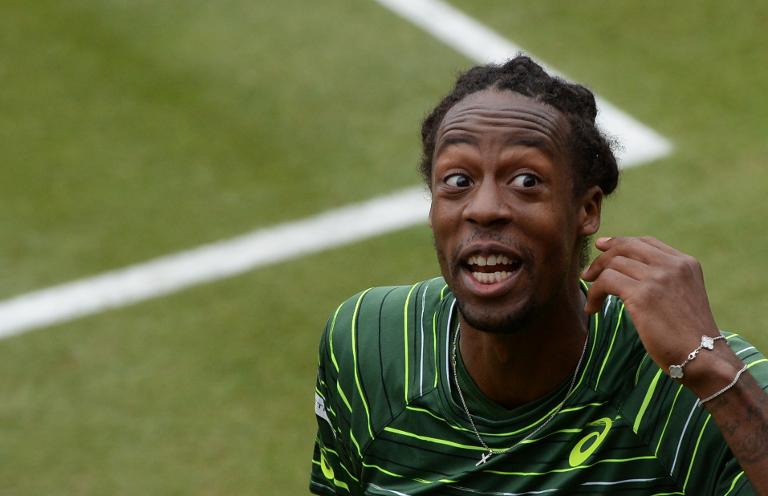 Australia’s Sam Groth pulled off a second-round shock at the Stuttgart grass-court tournament Wednesday by recovering from losing the first set to beat third-seed Feliciano Lopez in reaching the quarter-finals.

Groth has the chance to claim another scalp when he faces Serbia’s Viktor Troicki in the quarter-finals.

Fourth seed Gael Monfils needed two tie-breakers to force his way into the quarter-finals with a over Austria’s Andreas Haider-Maurer.

Monfils took nearly an hour and a half to seal his 7-6 (8/6), 7-6 (7/5) win and will now face either Poland’s Jerzy Janowicz or home favourite Philipp Kohlschreiber for a semi-final place.

Monfils said that he is under pressure from his fitness trainer to win a first grass-court title, particularly as there is a new Mercedes on offer to the winner.

“He’s in love with the car. He’s been talking about it for two days,” said Monfils, who sent down 18 aces.

“He said, ‘I don’t care if you’re not a grass-court player, you need to win this car for me! So make the effort!’ I’ve won my first match so hopefully I can keep it going and get this car.”

Top seed Rafael Nadal starts his campaign on Thursday with a second-round match against Marcos Baghdatis.