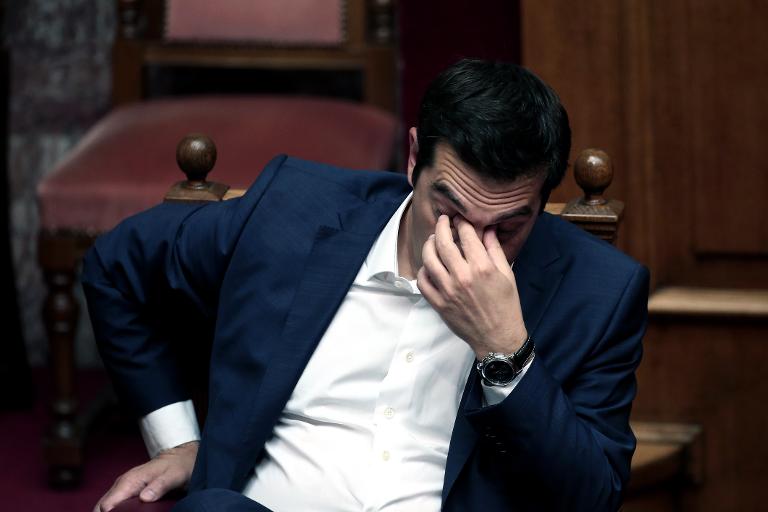 Greek Prime Minister Alexis Tsipras was expected to meet with Angela Merkel in Brussels Wednesday after the EU’s top official for the euro said a breakthrough bailout deal could be “days” away.

The mooted meeting with the German chancellor comes with cash-strapped Greece having submitted new proposals to end a standoff with the EU and IMF, which have demanded tough reforms in exchange for giving Athens the final 7.2 billion euros ($8.1 billion) of its bailout funds.

The international rescue package expires at the end of the month, and Athens desperately needs the cash to avoid a default and a possible messy exit from Europe’s 19-country single currency area.

The euro strengthened Wednesday as investors bet Greece was nearing a bailout deal with its international creditors. The 19-nation currency rose to $1.1297 and 140.51 yen in Tokyo trade from $1.1280 and 140.23 yen in New York

Tsipras’s meeting with Merkel, along with potential talks with French President Francois Hollande, was due to take place on the sidelines of an EU-Latin America summit.

It was to occur a day after Valdis Dombrovskis, the EU’s vice president responsible for the euro, told reporters that reaching an agreement “within (the) coming days is possible”.

But he urged the Greeks to show “less tactical manoeuvring and more work on substance” to seal a deal.

A huge gulf remains between creditors and the Greek government, which came to power in January on the back of promises to end five years of painful austerity measures resulting from bailout programmes.

European Commission chief Jean-Claude Juncker is unlikely to be present at Wednesday’s meeting, after his own head-to-head with Tsipras last week in Brussels disastrously ended with the Greek premier dismissing Juncker’s “absurd proposal”.

Juncker told fellow European commissioners on Tuesday that a new Tsipras meeting would be a “waste of time” and that it would be “better to meet with the Latin Americans”, an EU source said.

Meanwhile in Athens, Tsipras issued a dire warning that the fate of the eurozone, the central plank of a European project formed in the ashes of World War II, was at stake if the negotiations fail.

“I think that is evident. It would be the beginning of the end for the eurozone,” Tsipras told the Italian newspaper Corriere della Sera.

Yet Tsipras is also facing huge pressure at home from the hardline wing of his own Syriza party, which has vowed to resist any attempt to bow to the demands of Greece’s creditors.

He urged his party during a closed door meeting on Tuesday to “back the efforts of the government”, saying that they were at the most “crucial and substantial point in the negotiations”, according to the semi-official Ana news agency.

Any agreement will still require the approval of the eurozone’s finance ministers, the Eurogroup, who have grown impatient with the unwillingness of leftist-led Athens to deliver on reforms for cash.

Eurogroup head Jeroen Dijsselbloem warned Greece against any undue optimism with so much still left to be negotiated.

“It underestimates the complexity of what is being required from them, to bring the (Greek) budget back in line and get the economy back on track,” Dutch finance minister Dijsselbloem said in a weekly radio address.

Last week Greece bundled up a 300-million-euro payment to the US-based IMF until the end of June, when a total of 1.6 billion euros will be due, making it the first country since Zambia in the 1980s to choose that option.

Sources said the new Greek offer also included a bid by Athens to delay huge repayments due to the ECB this summer by transferring that debt to the ESM, the crisis-fighting liquidity fund controlled by European governments.

Greece and its creditors were debating a possible extension of its current eurozone bailout programme until March 2016, when the IMF portion of its bailout expires, sources told AFP.

Greece’s ASE Index gained 0.62 percent on Tuesday on the outlook for a deal, rebounding from sharp falls the day before.