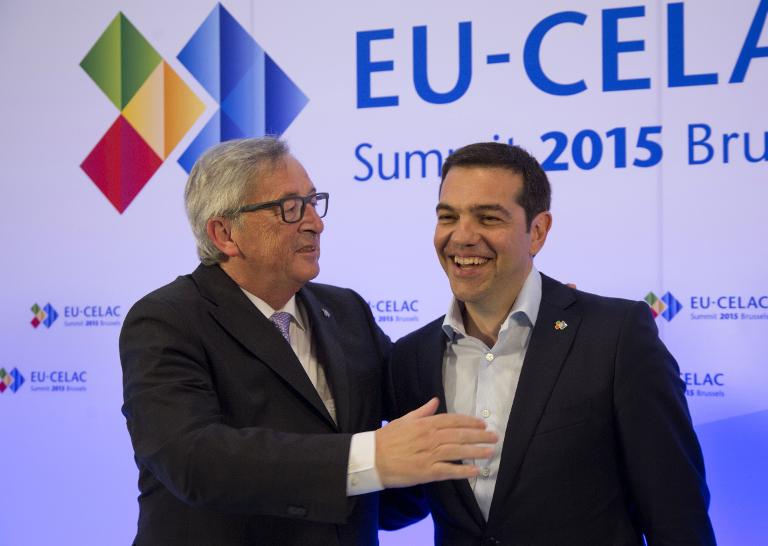 “The two leaders exchanged views in a detailed manner and in a constructive climate, and agreed to meet tomorrow,” the source said.

Tsipras saw Juncker on the sidelines of an EU-Latin America summit in Brussels.

The meeting had not been announced by the Greek PM’s office in advance.

Both said they were ready to meet the 40-year-old Greek PM, who is under pressure from his radical left party to reject any agreement containing further austerity.

Greece is in a race against time to secure a new loan deal with its EU-IMF creditors by the end of June, before its existing multi-billion bailout expires.

Failure to agree will see Greece fail to get 7.2 billion euros in promised loans and could lead to a debt default and a messy exit from the eurozone.

The radical left government in Athens, elected in January on an anti-austerity ticket, has submitted a series of alternative reform proposals to the creditors.

But the EU had earlier in the day rejected Athens’s new bailout reform plan.