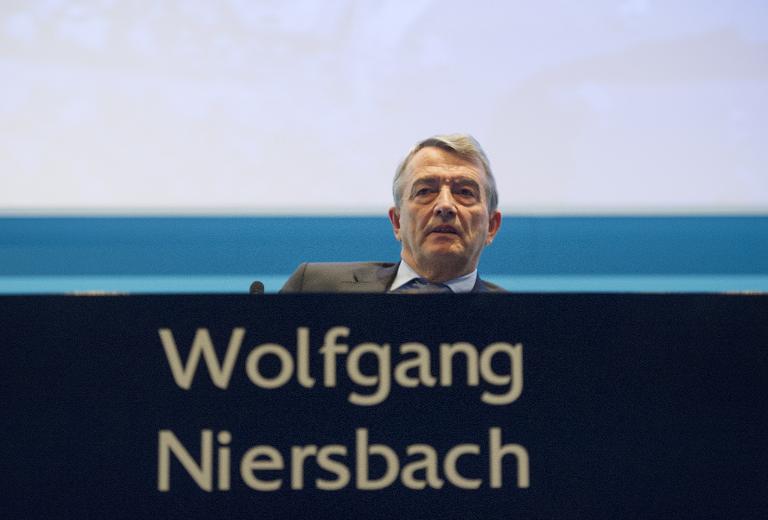 Wolfgang Niersbach, the president of the German Football Association (DFB), has outlined the need for wide-reaching reforms within world football’s scandal-hit governing body FIFA in an open letter.

“I am not so naive to think that the DFB could now reform everything, that needs international alliances and help from the majority, which is difficult to achieve,” wrote Niersbach in a open letter to each of the association’s 26,000 clubs and 6.8 million members in Germany.

“Even the largest member of FIFA only has one vote, but the DFB, and I as it’s president, take on the challenge to make FIFA accountable.

“We want reforms, we want change and we demand it.”

In a letter which reads like a manifesto for a presidential candidacy, Niersbach lists where FIFA must improve to win back some credibility and insists “everything was correct” when Germany was awarded the 2006 World Cup finals.

Niersbach highlights ten points, including finding a new FIFA president, following Sepp Blatter’s resignation, “as soon as possible” amidst reports of elections set to take place no earlier than December.

“With all due respect for his life’s work, Sepp Blatter does himself, and football as a whole, no favours by drawing out his resignation,” Niersbach wrote.

“A new president must be chosen quickly at an extraordinary congress to represent a compelling new beginning.”

Niersbach says FIFA must draw up a reform agenda, as well as clear up the corruption allegations they face.

With Swiss authorities investigating the awarding of the 2018 and 2022 World Cups to Russia and Qatar, Niersbach wants to establish integrity checks, limit the length of time a FIFA official can stay in office and have transparency in awarding future World Cups.

After seven top FIFA officials were also arrested in Zurich last month to face corruption-based charges as part of a separate US-based investigation, Niersbach also points to the need for reforms in controlling the cash flow for development projects and wants to adjust FIFA’s voting system.

“FIFA supports many projects in the world and thus does much good,” said Niersbach.

“It must be our common goal to prevent unscrupulous people being enriched at the expense of football and tighter cash flows are needed.

“As part of a comprehensive reform of FIFA, it should be looked at whether the current system of ‘one country, one vote’ for all 209 members associations can be adapted.

“I stand for this form of democratic participation, but a certain amount of weighted-voting based on the size and the relevance of each association, I would consider effective.”

“The International Olympic Committee led the way with the Agenda 2020 to show a big organisation can find their way out of a crisis and regain credibility with constant reforms.

“With this in mind, FIFA has to bring about radical changes in a similar way.”