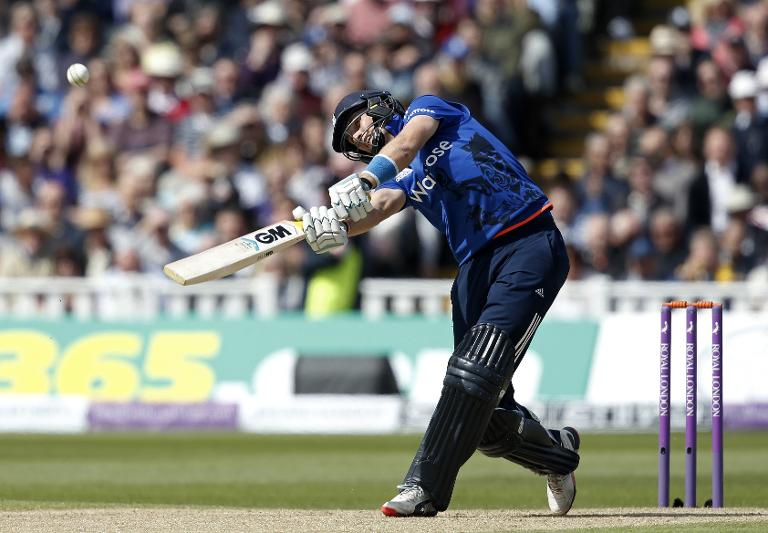 Jos Buttler’s 129 and a hundred from Joe Root helped England to a record 210-run win over New Zealand in the first one-day international at Edgbaston on Tuesday as they launched their ‘new era’ of limited overs cricket in style.

It was England’s biggest victory, in terms of runs, in all ODI cricket beating their 202-run margin against India at Lord’s way back during the inaugural 1975 World Cup.

England’s total of 408 for nine, their highest in all ODI cricket, was built on the back of hundreds by wicket-keeper Buttler and Joe Root (104).

It surpassed the 391 for four that England made against Bangladesh at Trent Bridge in 2005 — the previous highest in any ODI in England.

Buttler’s stand of 177 with Adil Rashid (69) was also a new seventh-wicket record in all one-day internationals, topping the 130 shared by Zimbabwe’s Andy Flower and Heath Streak against England in Harare in 2001.

England dismissed World Cup finalists New Zealand for 198 with more than 18 overs to spare, fast bowler Steven Finn (four for 35) and leg-spinner Rashid (four for 55) doing the bulk of the damage.

England had threatened a huge score while Root, who made 104, and captain Eoin Morgan (50) were putting on 121 for the third wicket.

But they lost four wickets for 31 runs, including the well-set Morgan and Root, to be 202 for six.

It was a slump from which recent England teams might not have recovered, but Buttler and Rashid continued to go for their shots.

“There was a game within a game there,” said man-of-the-match Buttler, who faced just 77 balls including 13 fours and five sixes.

“But we saw that out and it allowed us to attack later in the innings.

“Credit to Joe Root on the way he played. It gave everyone confidence to follow his lead.”

Trent Boult took four wickets for 55 runs in his maximum 10 overs, but only two of those overs were faced by England’s seventh-wicket duo.

England’s total was a far cry from their meagre 123 during the Black Caps’ eight-wicket World Cup win in Wellington in February — the previous ODI between the teams.

That result formed part of New Zealand’s unbeaten run to the final, where they lost to fellow co-hosts Australia, whereas for England it was one of several defeats that contributed to a first-round exit.

However, New Zealand rested paceman Tim Southee, the bowling star of that match with seven for 33, for this fixture following his efforts during the preceding 1-1 drawn Test series with England.

“It was certainly a different performance to the World Cup,” said Morgan. For us to come out of the traps like that is outstanding.”

New Zealand captain Brendon McCullum, who won the toss, accepted his side had been overwhelmed.

“It was a special performance from Root and Buttler,” said McCullum. “To post 400 in any game is outstanding. They blew us off the park.”

But the first over of New Zealand’s reply on Tuesday saw Finn clean bowl the advancing McCullum.

Rashid removed dangerman Kane Williamson for 45 and he subsequently took two wickets in two balls to reduce New Zealand to 185 for six.

The Yorkshire spinner finished with ODI best figures to set alongside his maiden fifty at this level.

England’s ‘new era’ started with a whimper when the first ball of the match saw Jason Roy caught by Guptill at backward point off Boult.

But Root, making the most of a couple of atypical New Zealand fielding errors pressed on to a hundred off a mere 71 balls.

But he fell soon afterwards, caught behind off Boult.

However, Buttler and Rashid counter-attacked in fine fashion.

Buttler, whose maiden ODI century against Sri Lanka last year came in an England record 61 balls, took 66 for his second.

The 24-year-old went to three figures in style when he cover-drove Mitchell McClenaghan for his 11th four.

His superb innings ended when he holed out off Matt Henry.

The series continues at The Oval on Friday.