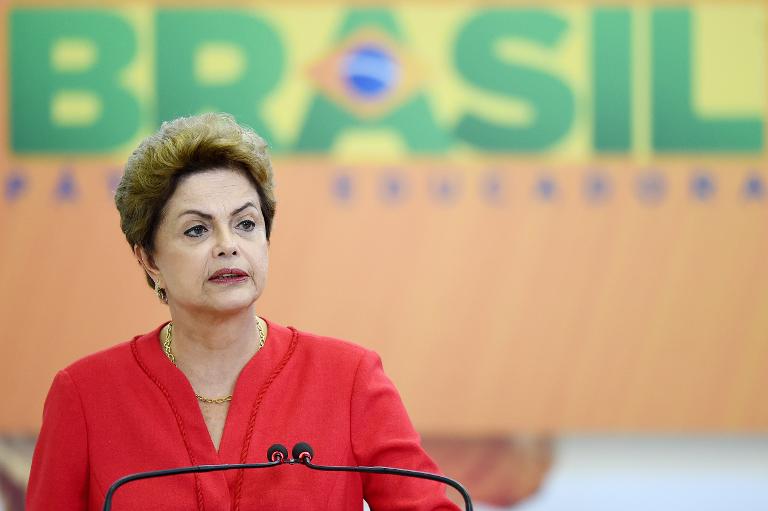 Brazil announced a $64 billion infrastructure spending package on Tuesday, hoping to revive its flagging economy with investment in highways, railroads, ports and airports.

Businesses and analysts have long pointed to overburdened infrastructure as a drag on the world’s seventh-largest economy, which pays high prices to ship the raw materials it exports.

With Brazil facing its worst performance in 25 years — the government forecasts a contraction of 1.2 percent in 2015 — embattled President Dilma Rousseff is keen to reboot growth.

Rousseff said it was time to “turn a page” at a ceremony where the spending plan was announced.

“Today is an important day in my second term. We’re here not just to announce big numbers and ambitious projects. We’re here especially to renew our committment to the development of our country,” she said.

“The time has come to build the basis for a new cycle of development and growth for the country,” said Planning Minister Nelson Barbosa.

“Increasing the rate of investment in Brazil is fundamental.”

The government said it would also launch a series of measures to boost exports in tandem with the new program.

But it remains to be seen if the government will find bidders for the vast array of new projects.

A similar program launched in 2012 for more than 200 billion reals only yielded deals to build one-fourth of the projects tendered, according to Brazilian newspaper Globo.

One of the most ambitious projects is a trans-continental rail link connecting the Atlantic and Pacific oceans, giving Brazil a cheaper route to China, its top trade partner.

Chinese Prime Minister Li Keqiang announced during a visit last month that his country would help build the project, part of $53 billion in investment deals.

The Brazilian economy is in its fifth sluggish year under Rousseff, and has never returned to the booming growth it posted under her predecessor and mentor, Luiz Inacio Lula da Silva.

But her popularity has been hit hard by the poor economy and a massive corruption scandal at state oil giant Petrobras that cost the country’s largest company more than $2 billion — some of which allegedly lined the coffers of the president’s party.