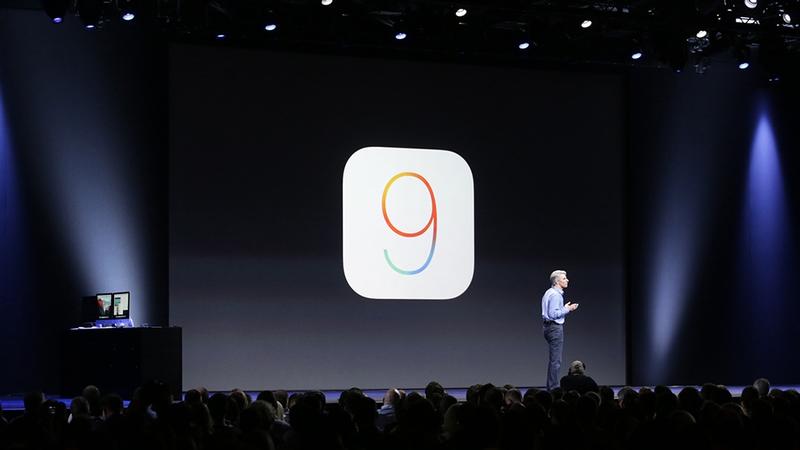 New Delhi: It was a big day for all the Apple lovers as the Cupertino tech giant unveiled the successor to iOS8, the much awaited iOS 9, at the WorldWide Developers Conference (WWDC 2015) in San Francisco.

With the new iOS 9, the tech giant has now focused more on stability and security than radical aesthetic changes witnessed in the previous version.

The prime issue that iOS 9 would address is allowing older iPhones and iPads run smoothly after the upgrade.

Letâ€™s have a look at the top 5 features of the new iOS.

Apple launched a feature, which Samsung once launched for its own tablets. The Split View is a nice feature that enables the iPad user to smoothly change between two applications and view them simultaneously.

However, Apple has made sure that Siri remains secure by keeping the userâ€™s data in mobile device itself.

With Proactive Assistant, Apple users can never forget a single thing from their daily routine. The new application from Apple records the pattern of how the device is being used. It can make suggestions on what the user wants to do next.

Apple renamed their â€œPassbookâ€ application to â€œWalletâ€. The company has also announced rewards program under which, upon purchasing with Apple Pay, the users will get loyalty points. Wallet can be launched through home button on double tap.

iOS 9 will come with improved search mechanisms. Upon searching for weather, the results will be more reader friendly and the information will be displayed in the form of cards. The functionality can be extended to other apps as well.

Finally, transit directions are coming to the Apple Maps app. It’s only in 12 cities to start, but Apple said it will expand its transit maps in the future.

News will be powered by 20 publishers and 50 titles, including ESPN, CNN, Conde Nast, and The New York Times.

The Notes app is getting a big makeover in iOS 9, letting you draw sketches, drop in photos, maps and links and add items from other apps.

The new Notes will also let you create instant checklists and take photos from within the app.

In addition to multi-tasking, Apple is introducing gestures for the iPad in iOS 9, turning the keyboard into a trackpad.

Using two fingers, iPad owners can select text and move the cursor like a mouse.