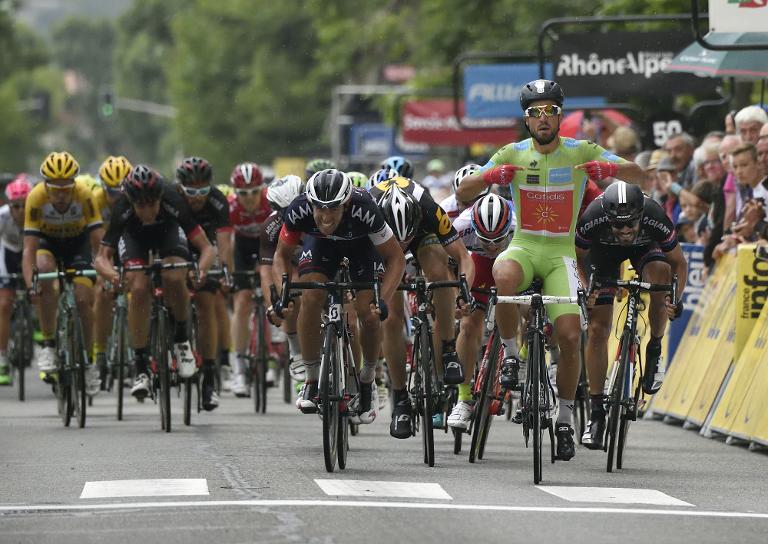 French rider Nacer Bouhanni of the Cofidis team won the fourth stage of the Criterium du Dauphine in Sisteron on Wednesday, his second stage victory in the race.

Australia’s Rohan Dennis of BMC retained the overall race leader’s yellow jersey after the longest stage of the race, a 228-kilometre ride from Anneyron, although his team-mate Tejay van Garderen has the same time.

Sprinter Bouhanni, 24, edged out Belgian rider Jonas Van Genechten and Slovenia’s Luka Mezgec by just over half a bike’s length to follow up his win in Monday’s second stage and claim a fifth win of the season.

“I am very happy with my condition. I must have five or six second places since the start of the season but this was also my fifth victory,” said Bouhanni, who won the points classification at last year’s Giro d’Italia.

“I am gradually getting better ahead of the Tour. Now I am going to work on improving in the mountains with an eye on the Tour de France.”

Thursday’s fifth stage will follow the 161-kilometre route from Digne-les-Bains to Pra-Loup that will also make up the 17th stage of the Tour de France in July.