Barcelona board steps down, to stand for re-election | Newsmobile
Wednesday, August 10, 2022

Home Sports Barcelona board steps down, to stand for re-election 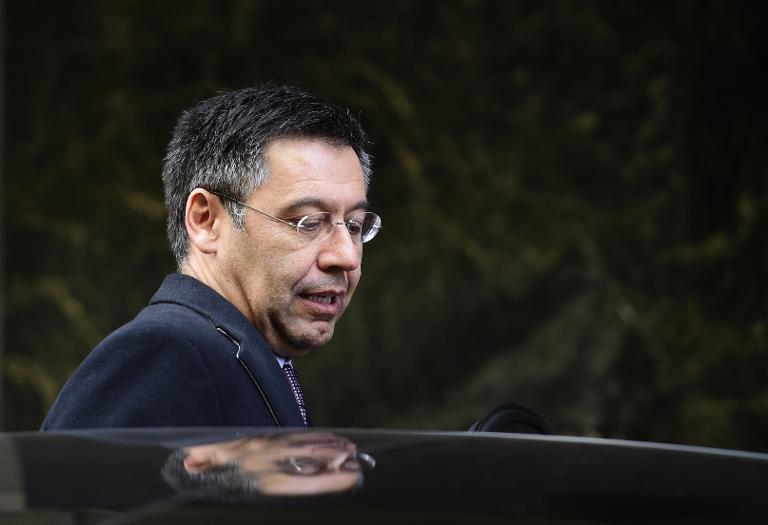 The Barcelona board resigned Tuesday as expected to stand for relection by the Spanish giants’ members after a season in which the team won the treble despite a series of legal woes.

“I present my resignation to allow fresh elections to take place. Members must chose the model that they want for the club for the next six years,” Barcelona president Josep Maria Bartomeu told a news conference.

Unlike most Spanish football clubs which are private companies, Barcelona belongs to its 153,000 members who elect a management board every six years.

The mandate of Bartomeu’s board lasted until 2016 but he decided to bring the election forward to face his critics.

Barcelona was shaken at the beginning of the year by tensions between its coach, Luis Enrique, and its star player, Argentine forward Lionel Messi.

The tensions seem to have vanished after Barcelona won the treble — the European, Spanish league and cup titles — and Enrique agreed earlier Tuesday to extend his contract by one year until June 2017.

Bartomeu, who became president of the club following the resignation of his predecessor Sandro Rosell and was not elected by the club’s members, was also weakened by a series of scandals.

A Spanish court in March accused the club and its management of fabricating a labyrinth of contracts to hide the real cost of the signing the Brazilian international Neymar in 2013.

A date for their trial for tax fraud and fraudulent administration has not yet been set.

If found guilty Bartomeu and Rosell possible prison sentences while Barcelona could be ordered to pay a fine of 22.2 million euros ($24.8 million).

Bartomeu took over when Rosell resigned in January 2014 after being named a suspect in the case and investigated for misappropriating funds to hide the transfer cost.

The club has also been banned from making transfers during 2015 after FIFA said it had broken rules regarding the signing of youth players.

“I will defend my model for the club because I believe we have done well and Barca should continue to lead world football,” he said on Tuesday.

Former Barcelona president Joan Laporta is widely expected to announce that he will stand in the election.

Laporta has hinted for many months that he would be interested in leading the Catalan club for a second time after he steered Barca to a host of trophies in his first spell in charge between 2003 and 2010.