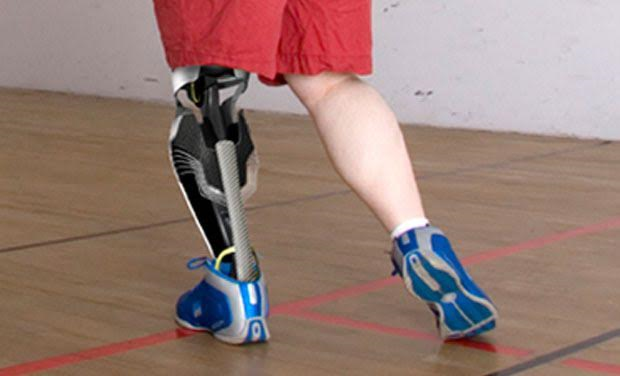 Melbourne:Â Austrian surgeons have innovated world’s first artificial limb that has sensors which sends signals to the brain and allows the patient to feel the leg like a real one.

Hubert Egger, professor at the University of Linz in northern Austria, developed this artificial leg that is capable of simulating the feelings of a real limb and fighting phantom pain as it has small six sensors on the foot sole that send signals to the brain every time patient takes a step.

Austrian surgeons initially rewired remaining foot nerve endings from their patient, Wolfgang Rangger’s stump to his healthy tissue in the thigh, and placed them close to the skin surface.

The 54-year-old former teacher, who lost his right leg in 2007 after suffering a blood clot caused by a cerebral stroke, said that after the surgery he felt like having a foot again.

Prof Egger explained that in a healthy foot, skin receptors carry out this function, but these artificial limb that has sensors tell the brain that there is a foot and the wearer gets the impression that it rolls off the ground when he walks.