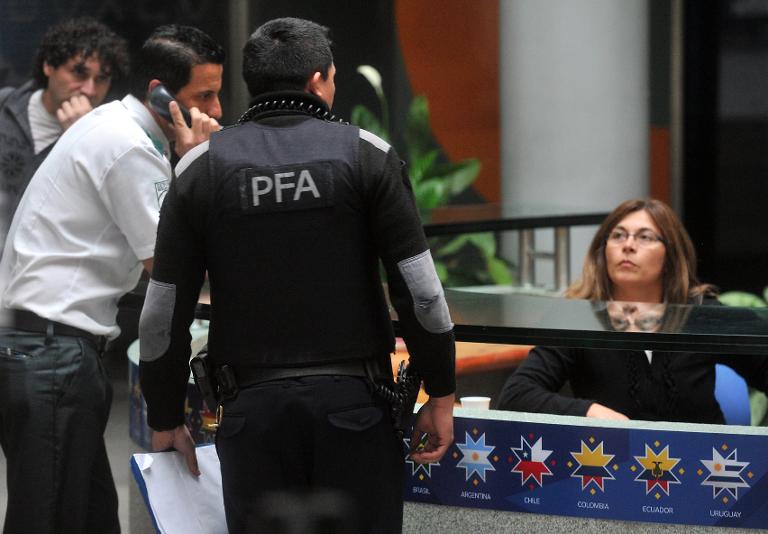 Argentinian sports marketing executive Alejandro Burzaco, who has been indicted by US authorities in the FIFA corruption scandal, turned himself into police in Italy on Tuesday.

Burzaco, 50, was held in Bolzano, near Italy’s northern border with Switzerland after “turning up spontaneously” at a police station with his two lawyers, police said in a statement.

Burzaco was briefly detained in a cell and was then allowed to leave the police station but placed under house arrest, Italian news agency AGI reported.

The Argentinian, who also has Italian citizenship, had already rented a house near Bolzano in expectation of being placed under house arrest, reports said.

Burzaco’s whereabouts had been a mystery since seven FIFA executives were arrested in the Swiss city of Zurich on May 27, the eve of a FIFA Congress.

According to reports, Burzaco was in the hotel where the executives were cuffed and promptly disappeared in the knowledge he was likely to be on the indicted list.

It is believed he was not in his hotel room at the time because he was having breakfast.

He is one of 14 current or former FIFA officials and sports marketing executives indicted over the scandal. He had been placed under an Interpol “red notice”.

The 14 are accused by US prosecutors of taking part in a sweeping kickbacks scheme going back 20 years involving a total of $150 million (133 million euros) in bribes.

Burzaco is wanted by the US Department of Justice authorities in connection with his role as president of sports marketing company Torneos y Competencias.

The US authorities suspect him of paying tens of millions of dollars in bribes to win and retain the media rights contracts for football tournaments in Latin America.

The Torneos y Competencias company held the television rights for the Argentinian league between 1992-2009 and in association with Aaron Davidson, president of Traffic Sports USA who was arrested in Zurich, and another company, Full Play, hold the rights for the Copa America tournament which kicks off in Chile next month.

The whereabouts of Full Play owners, Argentinian father and son Hugo and Mariano Jinkis, are unknown.

The revelations have thrown the world of football into turmoil and led to the resignation of long-serving FIFA president Sepp Blatter last week, just four days after his re-election for a fifth successive term.

USA head coach Jurgen Klinsmann, a World Cup-winning striker for West Germany in 1990, said Tuesday he expects there to be more revelations in the scandal.

“If there is one thing I know for sure, when the American authorities have evidence, then they see things through and more things will come out,” Klinsmann said in Cologne ahead of a friendly match against Germany.

“The whole world is wishing that FIFA will be cleaned up and those who comply will do things differently in the long term.”