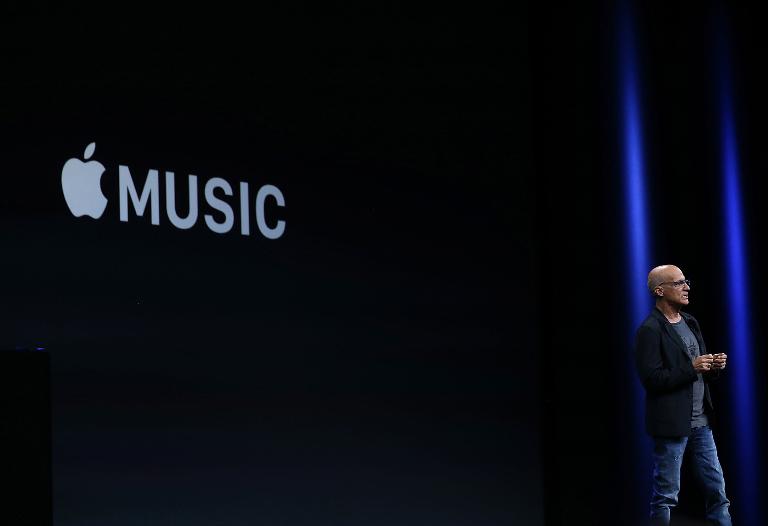 Apple is striking a power chord with a new music service in a bid to drown out offerings from established players such as Spotify, Deezer, YouTube and Pandora.

Even though Apple Music, set to launch later this month, combines on-demand music with a social network for artists and the global popularity of the California company’s hardware creations, it will still face a challenge of winning over people from services they already use, analysts say.

“All of these companies have a huge head start on Apple and Apple will have to convince users to switch,” said Edison Investment Research analyst Richard Windsor.

Add to that the fact that as much as people enjoy listening to music on smartphones or tablets, they tend to want do it for free.

“Apple has the hurdle of convincing people that their service is worth the money for it in the first place; and then, for people that are paying for a service, to strike a switch,” Kantar research chief Carolina Milanesi told AFP.

Leading streaming music service Spotify along with Pandora and others already use software to tune offerings to the tastes of individual listeners.

Apple Music will do likewise, while also adding real people who design playlists based on artists or genres.

A danger for the likes of Spotify is that Apple commands a broad and loyal following, hundreds of millions of whom already have iPhones in hands and credit cards on file in iTunes accounts.

Everyone who updates an Apple device to the coming iOS8.4 operating system will be able to get three months of Apple Music free.

While feature-for-feature Apple Music is not dramatically different from rivals, the service comes with a Connect social network where artists can share thoughts or intimate moments with fans and, hopefully, get them to buy songs or concert tickets.

Even given strong relationships built with the industry since iTunes launched more than 14 years ago, Apple will need to keep musicians and labels happy in the face of the fact that royalty money made from streaming online is less than what can be taken in from traditional radio play or album sales.

By sticking to selling songs for digital download at iTunes for more than a decade, Apple let startups capitalize on a trend toward listening to music streamed on-demand via the internet instead of actually owning it.

“Apple comes late to the music streaming business, due in part to Steve Jobs’s refusal to believe that music subscription services would ever work,” Forrester analyst James McQuivey said, referring to the company’s late co-founder.

“But the writing is on the wall: digital downloads don’t make sense for consumers that are connected wherever they go.”

Even given a tardy start, Apple can still beat industry leading Spotify because it can build the service into hundreds of millions of devices “that its loyal Apple users already love,” McQuivey said.

“I think it will make a big splash,” Sony Music Entertainment chief executive Doug Morris said during an on-stage interview at Midem in Cannes on Sunday.

“It will have a halo effect on the entire business… a rising tide lifts all ships.”

Music industry revenue has sunk to $15 billion annually from twice that amount a decade ago, Morris said.

Services that have popularized this type of music online attract the bulk of their users with free offers financed by advertising.

The world’s top service, Sweden-based Spotify claims 60 million users, only 15 million of whom are paying subscribers.

The components of Apple Music set up the potential for listeners to hear new music, connect with the artists at the social network and then easily buy songs for download from iTunes.

“Apple has an opportunity to launch the sort of music platform the industry has been waiting for during the entire digital era but has not yet seen,” music sector analyst Mark Mulligan said in a blog post.

“It now has the right materials with which to build it.”

Apple declined to discuss how artists were being paid, a sensitive topic in the industry that led singer Taylor Swift to pull her titles from Spotify a few months ago.

The Apple Music social feature dubbed ‘Connect’ was seen as a spin on Ping, launched years ago by the California company.

“If you’re a small artist and you’re just getting started, that’s a great platform for everything that you do, to connect with your fan base,” Milanesi said.

Along with offering a competitive monthly subscription price of $10, Apple added a family plan that allows tunes to be simultaneously streamed to as many as six devices for $15 monthly.

“Having people to spend money, even if it’s a pretty good deal — which it seems to be — that’s been the big challenge in music services,” NPD analyst Stephen Baker said while discussing Apple Music.

“If they are successful, it’ll be because they have such a strong overall ecosystem.”