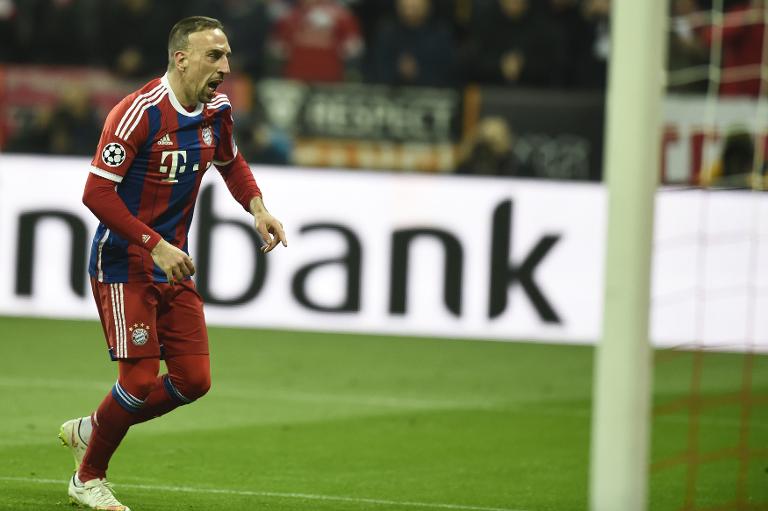 Bayern Munich winger Franck Ribery has described the ankle injury which has kept him out of football since March as a “catastrophe” as his struggle for fitness continues.

The 32-year-old former France international has not played since limping out of Bayern’s 7-0 drubbing of Shakhtar Donetsk in the Champions League’s last 16, first leg tie, on March 11 and is desperate to be fit again for pre-season training at the start of July.

“The injury is getting on my nerves, it’s a catastrophe,” he told German daily Bild. “I have everything which one can only dream of in life, but I am not free.

“I think about my football the time. I just want to run! I want to play! I have to be able to train in order to be happy.”

Ribery says the injury is “significantly better” and hopes to be able to run again soon. “I have to be fit for July 1. Whether I will manage that, I don’t know, but I will try everything to make it happen,” he added.

He took himself off on holiday to Ibiza and Paris, with a physiotherapist in tow, in a bid to cheer him up, but he said the injury played on his mind the whole time.

“I thought it would help, but I hardly had any fun on holiday,” he said, after Bayern won the Bundesliga title and bowed out of the Champions League semi-finals without him.

“I couldn’t do what I wanted to do, like jet ski or drive a boat. It was crap.”

Ribery promised he would come back “just as strong” as before injury struck and was dismissive of rumours that Bayern were eyeing up replacements.

“That’s not a problem for me. If I am 100 percent fit, then anyone who wants my place can come,” he said.