Home Politics An eye for an eye: Indians to NE militants 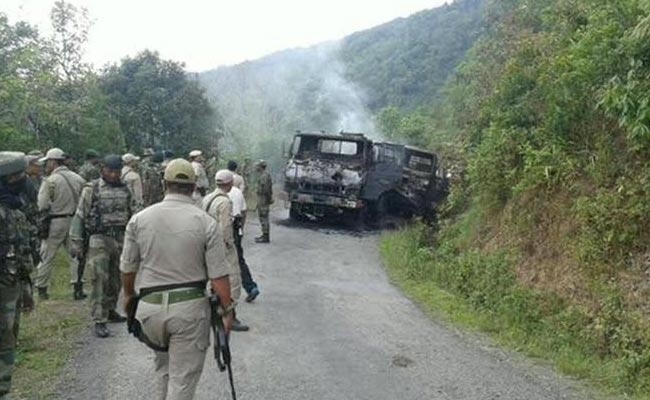 New Delhi: Whoever thought the Indian army would take things lying down, hereâ€™s ample opportunity to rethink and change your perceptions.

It was a befitting reply from Para Commandos of the Indian Army as they carried out surgical operations deep inside Myanmar early on Tuesday and killed several militants in two camps of Northeastern rebel groups.

This came in retaliation to the gruelling act that was carried out on June 4 in Chandel, Manipur, killing 18 Army men and injuring 11.

Minister of State for Information and Broadcasting Rajyavardhan Singh Rathore told a TV channel that the hot pursuit was ordered by Prime Minister Narendra Modi. He said attacks on Indians, be it in Iraq or Yemen, were unacceptable. “This is a message to neighbours who harbour terrorists,” Rathore said.

“While ensuring peace and tranquillity along the border and in the border states, any threat to our security, safety and national integrity will meet a firm response,” the Army declared officially.

Briefing the reporters after the successful strikes on the camps at two separate locations across Tuensang in Nagaland and Ukhrul in Manipur, Major General Ranbir Singh made no bones of the fact that the twin operations were provoked by the killing of Indian soldiers.

More importantly, he said the Army had to move in view of “credible and specific” intelligence about more attacks inside India.

“These attacks were to be carried out by some of the groups involved in earlier attacks on our security personnel and their allies,” said General Singh, additional director general of military operations.

“In view of the imminent threat, an immediate response was necessary”, he added.

Meanwhile, the Myanmar government was informed hours after the commandos in battle fatigues had mostly completed surgical strikes against the groups. The operation had begun at 3 am. The commandos safely returned to Indian Territory after silencing the insurgents’ guns in a 13 hour-operation in which IAF choppers and drones assisted the SF (Special Forces) soldiers.

But there was a significant difference in details released by the government and reports in large sections of the media, which were driven by anonymous sources.

While the Indian government said the operation had taken place â€œalong the Indo-Myanmar borderâ€,Â  many media reports characterised the operation as having taken place inside Myanmar without the permission of the Myanmarese government, something that backs up the Modi governmentâ€™s claims of putting in place a muscular defence policy.