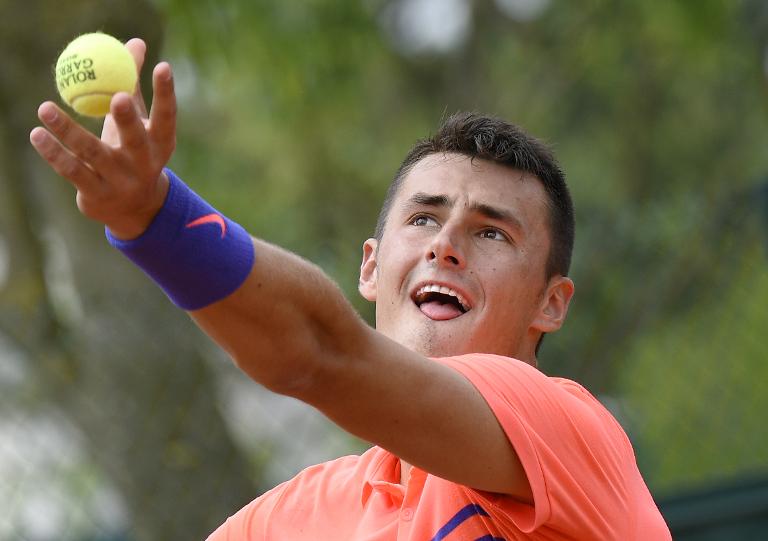 Australia’s Bernard Tomic opened his 2015 grass-court season with a straight sets victory in Stuttgart on Tuesday while Marcos Baghdatis set up a second-round clash with Rafael Nadal.

Tomic, the fifth-seed at the ATP tournament in Stuttgart enjoyed a 6-3, 7-6 (7/5) win over Germany’s Jan-Lennard Struff.

The 22-year-old, who reached the quarter-finals of Wimbledon in 2011, converted three of his five break points for victory in 71 minutes.

“It’s very exciting for me to be back here,” said Tomic, who was born in Stuttgart before his family immigrated to Australia.

“My first match on grass was pretty good. I served and returned well in the first set.

“Itâ€™s all about finding your movement on the grass in the first match and I felt like it was pretty solid.”

He will now face former world number two Tommy Haas of Germany in the second round.

Fourteen-time Grand Slam winner Rafael Nadal will be looking to kick-start his season after dropping to 10th in the latest world rankings – his worst position in more than a decade.

Having lost to world number one Novak Djokovic in the quarter-finals of the French Open last week, it is the 29-year-old’s lowest ranking since reaching 11th as a teenager in April 2005.

Having had a bye to the second round, Nadal will play Baghdatis after the Cypriot beat Lukas Rosol 6-3, 6-4 in their first-round clash with the 29-year-old looking to add to his lone win over Nadal from five years ago in Cincinnati.