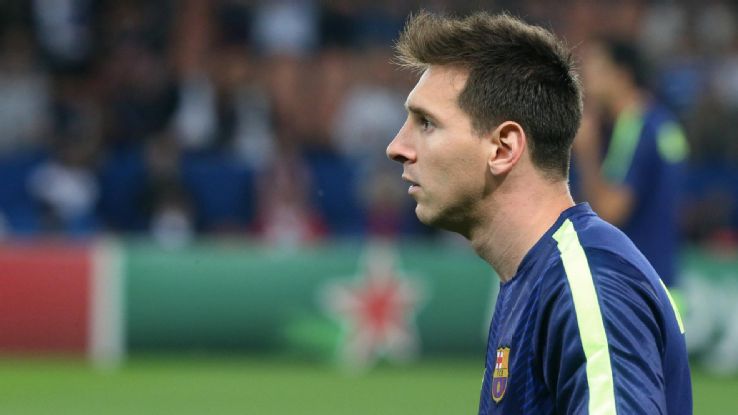 Some call him the best footballer to have ever lived. Some call him ‘the man who defies science on the field’ while the rest call him God. He is Lionel Messi, the man has won everything possible with his football club Barcelona but has been left staring at an empty shelf gathering dust for his ArgentinaÂ honours.Â

And 20,000 Argentine fans cross the Andes will be hoping that the jinx is ended at the Copa America, starting in Chile on Thursday.Â

Barcelona’s 3-1 victory over Juventus on Saturday provided Messi’s fourth Champions League crown in 10 years. He also has seven Spanish titles and two World Club Cups and has been world player of the year four times.Â

But Argentina’s defeat toÂ GermanyÂ in the World Cup last year extended a national title drought lasting back to the 1993 Copa America.Â

“Our aim is to win this year,” Messi said, who has nevertheless tasted Olympic gold with his country at the 2008Â BeijingÂ Games.Â

But while he was declared player of the World Cup, the Little Genius’s speed and jinking runs never seem the same on the international stage as they do when he pulls on a Barcelona shirt.Â

Messi scored 43 goals in 38 Spanish championship matches this season — behind eternal rival Cristiano Ronaldo on 48 — and has the most goals in La Liga history with 286 and also a record 77 in the Champions League. But the rate falls for Argentina, with 45 goals in 97 appearances.Â

Messi says he is always being asked why Argentina, who start this tournament again as one of the favourites, never win. He wept uncontrollably after losing the 2010 World Cup quarter final 4-0 to Germany when Argentine legend Diego Maradona was the coach.Â

“It’s great to play with the national team, to wear the shirt and to be captain,” Messi said recently. “But getting a title would be the ultimate for me.”Â

In 2007, Messi was part of the Argentine team that lost the Copa America final 3-0 to Brazil. In 2011, they lost to Uruguay in the quarter-finals on penalties when playing in his home province of Santa Fe.Â

Messi was jeered by Argentine fans for the first time in his career, according to his father Jorge.Â

Argentina start this tournament against Paraguay on Saturday and also play Uruguay and Jamaica in Group B.