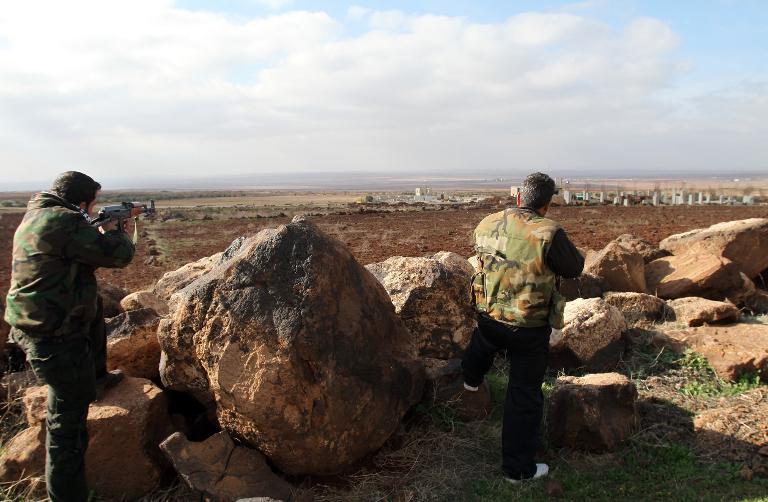 An alliance of Syrian rebel forces seized a key army base in the south of the country on Tuesday in a new setback for the regime’s embattled troops.

The Southern Front alliance took full control of the 52nd Brigade base in Daraa province after 24 hours of fierce clashes, a spokesman for the group told AFP.

“The 52nd Brigade base was fully liberated from the regime army,” Major Essam al-Rayes said, adding at least 2,000 rebel fighters had taken part in the “short and quick” assault.

The base lies near a major highway running from Damascus to Syria’s southern border with Jordan and is also near the frontier with neighbouring Sweida province, which is largely regime-controlled.

“This base was one of the main lines of defence for the regime forces. It was a nightmare, because they used it to shell all the areas to the east of the province,” Rayes said.

The Southern Front was combing through the site for material left by regime troops, he said, adding the alliance would likely launch additional attacks from there in the near future.

Diaa al-Hariri, spokesman for Faylaq al-Awwal, one of the groups in the alliance, said the base was being used as a launching pad for the army’s infantry.

The Syrian Observatory for Human Rights monitoring group confirmed opposition groups had taken the base after clashes and intense shelling that left 15 rebel fighters and 20 government forces dead.

Rebels control a majority of Daraa province and its capital, Abdel Rahman said.

Syria’s official news agency SANA did not report the capture of the base.

But earlier, citing a military source, it said the air force had struck the area, killing at least 40 “terrorists,” who it accused neighbouring Jordan of backing.

The fall of the base is the latest in a string of defeats for the regime, which has lost territory to both rebel alliances in Syria’s northwest and the jihadist Islamic State group in the country’s centre.

The loss of Brigade 52 also follows defeats in Daraa, including in April the Nasib border post, its last crossing with Jordan.

Nonetheless, efforts towards a political solution to the crisis have faltered.

In Cairo, figures from the country’s exiled opposition, as well as “tolerated” anti-regime figures from within Syria, met for the second consecutive day Tuesday to form an “alternative” body to the anti-regime National Coalition.

Prominent government opponents including Haytham Manna and members of the National Coalition attending in a personal capacity discussed solutions for Syria’s ongoing war.

But after a regime crackdown, it spiralled into a civil war that has now killed more than 230,000 people, the Observatory said as it issued the new toll Tuesday.

The Britain-based group said nearly 70,000 civilians have been killed in the war, nearly 11,500 of them children.

More than 85,500 government forces — soldiers and militiamen — have been killed, along with over 41,000 rebels, Syrian jihadists and Kurdish fighters.

The monitor also documented the deaths of 31,247 foreign jihadists, and said another 3,191 people killed in the conflict have yet to be identified.

Many of the civilians deaths have come in government aerial attacks, particularly involving the use of crude “barrel bombs”.

The weapon, criticised by rights groups as indiscriminate, has been used to devastating effect in Aleppo, where the Observatory said four members of one family were killed in a barrel bomb attack on Tuesday.

Syria’s conflict has evolved into a complex, multi-front war that has drawn in jihadists including IS, which now rules a self-proclaimed “caliphate” in territory across Syria and Iraq.

The group on Tuesday claimed an attack against a government headquarters in Amriyat al-Fallujah, west of the capital Baghdad.

At least two people were killed in the assault by militants armed with assault rifles, pistols and suicide belts.

The attack came a year to the day since IS launched a sweeping offensive that overran much of Iraq’s Sunni Arab heartland and seized Iraq’s second city Mosul.

A US-led coalition striking the jihadists in both Syria and Iraq said it destroyed IS buildings, tactical units, and fighting positions near Mosul on Monday.