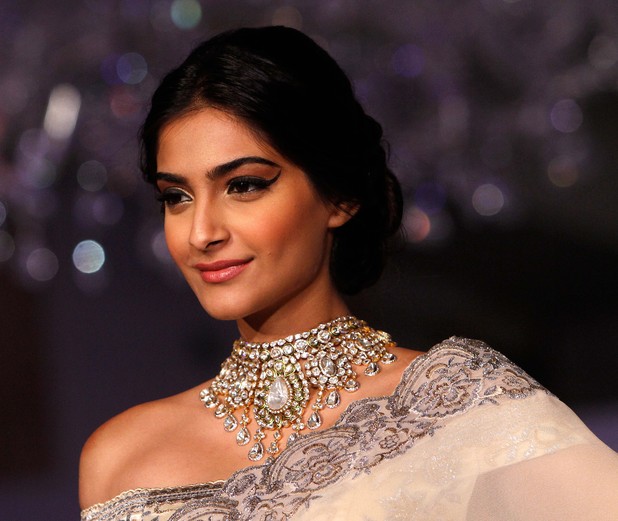 Mumbai: Bollywood fashionista Sonam Kapoor is undoubtedly considered the most stylish diva of B-Town. She is like a Barbie Doll in the true world.

This Khoobsurat actor turned 30 on Tuesday!

Sonam does not disappoint us when it comes to fashion. Living upto the expectations of everyone and reigning with the tag of fashionista, the dazzling beauty is always seen experimenting with her every time and leave us awestruck!

With her recent Cannes 2015 appearances, she proved her fashion mettle to the world.

Sonam Kapoor comes from a renowned family. She is a daughter of actor Anil Kapoor and former model Sunita Kapoor and niece of filmmaker Boney Kapoor and actress Sridevi.

Sonam is the eldest of three children; she has a sister, the producer and fashion- designer Rhea, and a brother, the actor Harshvardhan.

She completed her schooling in Arya Vidya Mandir School in Juhu and then she went to United World College of South East Asia to do her International Baccalaureate.

Before starting her career as an actor, Sonam was an assistant director under Sanjay Leela Bhansali. She assisted him for a well-known film, Black in 2005 and then she debuted as an actor in Bollywood with Saawariya opposite Ranbir Kapoor in 2007 which was a commercial failure.

In year 2009 she starred in film Delhi-6 which again went flop. Then in year 2010 she appeared in film I Hate Luv Storys which became her first success on box office. Then later she did another film Aisha, in which she starred with Abhay Deol, although the movie got mixed reviews from the critics.

In 2011, she was seen in Thank You and Mausam. Both the films failed to do much at the box-office. She was seen in Abbas-Mustanâ€™s thriller Players in 2012 but this film also turned out to be a box-office flop.

In 2013, Sonam played a leading role in Raanjhanaa, a romantic drama that received a positive critical reception and proved to be a breakthrough for her.

She got another recognition for her acting skills, with Bhaag Milkha Bhaag in 2013, the film was one of the top-grossing films of the year and garnered critical acclaim.

In 2014, she did films like Bewakoofiyaan and Khoobsurat , which performed moderately well at the box office.

Sonam did Dolly ki Doli in 2015, which was critically acclaimed at the BO. Sonam will be next seen in Suraj R Barjatyaâ€™s family Prem Ratan Dhan Payo, opposite Salman Khan. She will also be seen in a biopic on Neerja Bhanot.

Despite the fact that most of her films have failed to draw eyeballs, the ‘Saawariya’ girl has managed to make her mark in the Hindi film industry with her stylish and trendy fashion statement.

Sonam met Ranbir on the sets of Saawariya, although movie proved to be a flop but the duo started dating each other for quite some time as everyone was talking about how the two were very close to each other during the shoot of the film.

Sonam after breaking up with Ranbir was linked with Sahir Berry who was a businessman as well as model. Although it couldnâ€™t stay for a longer period as well.