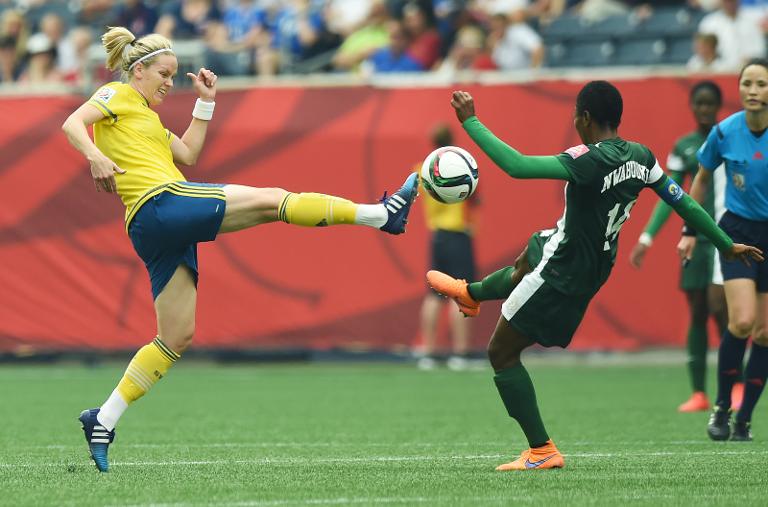 The Super Falcons showed determination from the outset to claim a first win in four meetings with the 2003 runners-up.

But despite dominating early the Africans fell behind after 21 minutes when Desire Oparanozie bungled in an own goal following an Emma Berglund header from a corner.

Ten minutes later they were two goals down to the fifth-ranked Swedes after a poor clearance allowed Nilla Fischer to score.

But they came out fighting in the second half with Ngozi Okobi reducing the deficit after 50 minutes past Hedvig Lindahl in the Sweden goal.

And in a desperate scramble substitute Linda Sembrant put Sweden back on front only for Francisca Ordega to salvage a point for the 33rd-ranked Super Falcons three minutes from time with a goal that rolled through Lindahl’s legs.

“They expected to win, and at the end of the day we got a draw,” said Nigeria coach Edwin Okon.

“Prayer is a key for the Nigerian team. We praise God. That is the key. I thought in the first half we were the stronger team.”

Nigeria next play Australia in Winnipeg on Thursday with Sweden, now coached by former US coach Pia Sundhage, taking on the Americans.

“Weâ€™re not happy that we gave up three goals, however, at the end of the day we got one point and thereâ€™s good things to bring to the next game,” said Sundhage.

“The game plan was different than what you saw. Again, we got one point and next time, when we play the States, I hope we will follow the game plan.”