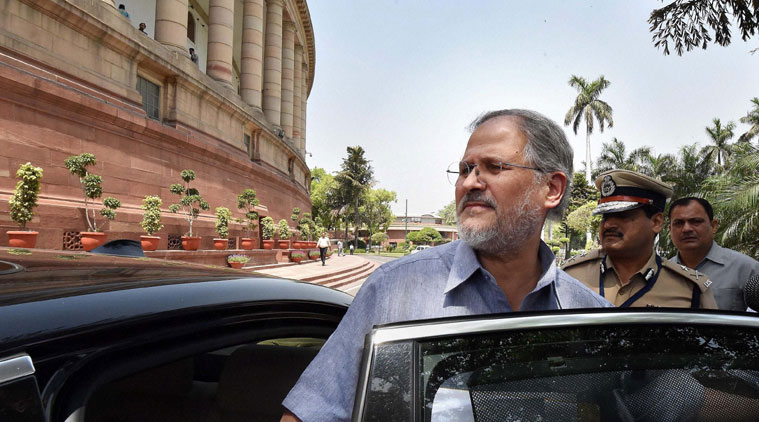 Jung appointed Joint Commissioner M K Meena as the chief of the ACB which was till now headed by SS Yadav. Meena is currently serving as Joint Commissioner of New Delhi range and the LG’s order said he has been given additional charge of ACB.

Jung and the AAP government have been on a collision course on a number of issues including authority over ACB.

Deputy Chief Minister Manish Sisodia slammed Jung for creating a new post of joint commissioner and questioned all the appointments.

“What is behind the conspiracy to create a new post of joint commissioner and appoint your own officer?

“Has it been done due to fear that ACB will probe the CNG fitness scam,” Sisodia tweeted. He alleged that the officer appointed by the LG to head the ACB had tried to “trap” him by trying to make suicide of a farmer in rally in Jantar Mantar in April as a murder.

“Government has posted one Joint Commissioner and seven inspectors to augment the resources as per the agenda of the government. More officers will be posted in the ACB in due course of time to fight corruption,” Delhi Police spokesperson Rajan Bhagat said.

The AAP government last week had appointed three inspectors and two sub-inspectors of Bihar Police to the ACB. In a strong reaction to the decision, Jung’s office had rejected the appointments.

On its part, the AAP government had justified the move and made a stinging attack on the Lt Governor and the Centre while asserting that it has “full power” to hire officials for the ACB.

The ACB on Saturday had decided to “reinvestigate” the alleged 2002 CNG fitness scam of Rs 100 crore in which three top officials of Sheila Dikshit government were under scanner.

The AAP also attacked the LG for appointing a new chief and said the “appointment is fit case of contempt of court.”

“LG’s appointment is fit case of contempt of court. Delhi HC categorically said ACB is under Delhi Government and not under LG. LG cannot appoint anyone,” AAP leader Ashutosh tweeted.

“LG’s step proves that he has indulged in inappropriate action in CNG case and now he is desperate to save himself,” he said in another tweet.