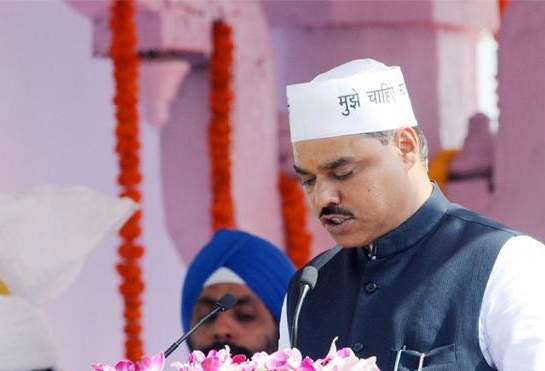 New Delhi: Delhi Law Minister Jitendra Singh Tomar, who was arrested on the charge of possessing fake degrees, resigned on Tuesday night, capping a day of dramatic developments involving him.

Tomar sent his resignation letter from the lock-up to Chief Minister Arvind Kejriwal who has accepted it.

He said that “after today’s events, Tomar has sent the resignation on his own.”

Asked why Tomar did not step down earlier, Sisodia said “Jitendra Tomar will only say that.”

Tomar said he quit “on grounds of morality. But I will fight this case through and win. After this, I will work for the party.”

He charged that the central government led by BJP was “behind this conspiracy.”

An AAP leader, requesting anonymity, said the process of finding a replacement for Tomar would be set in motion soon.

However, the immediate priority is the approach a higher court on the matter.