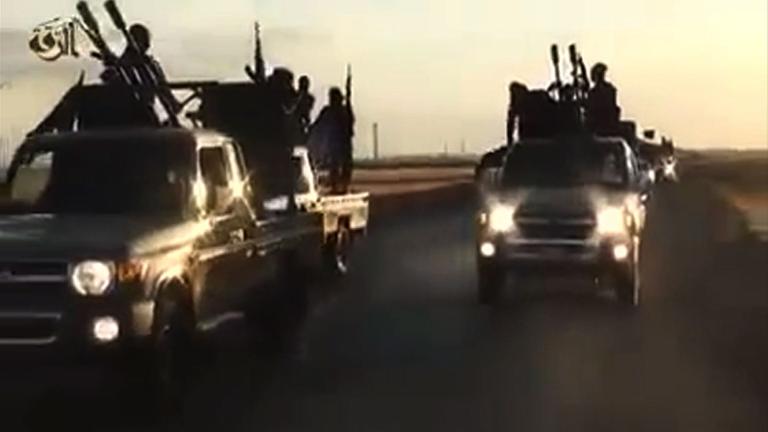 Teenage girls abducted by Islamic State fighters in Iraq and Syria are being sold in slave markets “for as little as a pack of cigarettes,” the UN envoy on sexual violence said.

Zainab Bangura visited Iraq and Syria in April, and has since been working on an action plan to address the horrific sexual violence being waged by IS fighters.

“This is a war that is being fought on the bodies of women,” Bangura told AFP in an interview Monday.

The UN envoy spoke to women and girls who had escaped from captivity in IS-controlled areas, met with local religious and political leaders and visited refugees in Turkey, Lebanon and Jordan.

Jihadists continue to run slave markets for girls abducted during fresh offensives, but there are no figures on the numbers enslaved by the fighters.

“They kidnap and abduct women when they take areas so they have — I don’t want to call it a fresh supply — but they have new girls,” she said.

Girls are sold for “as little as a pack of cigarettes” or for several hundred or thousand dollars, she said.

Bangura described the ordeal of several teenage girls, many of whom were part of the Yazidi minority targeted by the jihadists.

“Some were taken, locked up in a room — over 100 of them in a small house — stripped naked and washed.”

They were then made to stand in front of a group of men who decided “what you are worth.”

Bangura gave the account of a 15-year-old girl who was sold to an IS leader, a sheikh aged in his 50s, who showed her a gun and a stick and asked her “tell me what you want.”

“She said ‘the gun’ and he replied: ‘I didn’t buy you so that you could kill yourself'” before raping her, Bangura said.

Abducting girls has become a key part of the IS strategy to recruit foreign fighters who have been traveling to Iraq and Syria in record numbers over the past 18 months.

“This is how they attract young men – we have women waiting for you, virgins that you can marry,” Bangura said. “The foreign fighters are the backbone of the fighting.”

A recent UN report said close to 25,000 foreign fighters from over 100 countries were involved in conflicts worldwide, with the largest influx by far into Syria and Iraq.

The envoy likened the jihadists’ abuse of women and girls to “medieval” practices and said IS wants “to build a society that reflects the 13th century.”

Despite the monstrous violence, communities like the Yazidis are welcoming the girls back and offering them support to pick up the pieces of their broken lives, said Bangura.

She praised Yazidi religious leader Baba Sheikh for publicly declaring that the girls need understanding, but noted that no such pronouncements had come from the Turkmen leaders.

Bangura returned from a tour of European capitals to discuss the plight of women and girls under IS and hopes to address the Security Council soon to discuss what can be done.

A UN technical team is due to travel to the region soon to work out details of the plan to help victims of IS sexual violence.