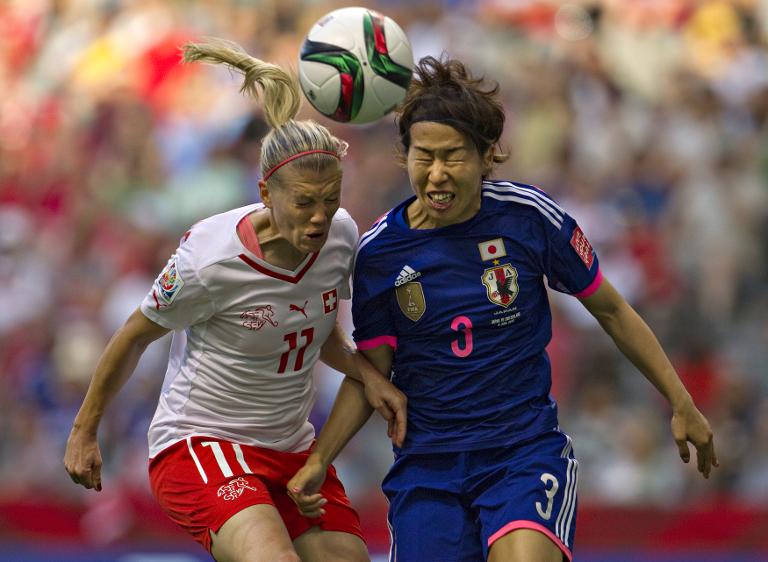 Holders Japan and former winners the United States got their Women’s World Cup campaigns off to strong starts on Monday, while Cameroon and Nigeria warned Africa would field challengers.

Japan grabbed three points in Group C against newcomers Switzerland thanks to captain Aya Miyama’s 29th-minute penalty, while in Group D the United States were given a rough ride before dispatching Australia 3-1.

But the performances of two of Africa’s teams — Cameroon and Nigeria — gave the continent hope a day after the humiliating 10-0 defeat of Ivory Coast to Germany.

Midfielder Megan Rapinoe helped get the 1991 and 1999 winners on the winning path on front of thousands of US fans who travelled the short distance over the border to Winnipeg.

The Americans came up against a tenacious Australian side before Rapinoe’s double strike on 12 and 78 minutes and a Christen Press goal on 61 sealed victory.

“A couple of bits of class in the end from Rapinoe changed the game,” said Australia coach Alen Stajcic.

“I thought we put in a good performance but it’s not enough. We need to regroup and improve for the next game. It’s still a long way to go.”

Co-captain Lisa de Vanna marked her 100th cap for the Matildas with an equalizer after 27 minutes.

Solid goalkeeping by Hope Solo kept the US in strong shape.

As it is, Jill Ellis’s side are top of Group D with three points, followed by Nigeria and Sweden, with Australia at the bottom.

In the next game on June 12 in Winnipeg Stadium, the United States plays Sweden with Australia up against Nigeria.

Given the goal sprees in the day’s three other games, it was a low-key opener by Asian champions Japan in Vancouver.

The winning penalty, awarded after Frankfurt midfielder Kozue Ando was fouled inside the box by Swiss goalie Gaelle Thalmann, was the only goal of the night at BC Place Stadium.

But it was enough to seal all three points for the “Nadeshiko” — Japan’s nickname and a pink flower symbolizing grace and beauty.

The tie marked the 200th cap for veteran Homare Sawa and the 150th for Miyama, who also scored her 37th international goal.

“I’m very happy that Sawa could celebrate her 200th game with a win,” said Miyama.

Coach Norio Sasaki however substituted Sawa in the second half with young teammate Yuri Kawamura.

“She (Sawa) wasn’t injured, but I’m using her in a more protected manner,” said Sasaki of the long-time player who had been hampered by injuries.

Young Swiss forward Ramona Bachmann was left to rue a string of missed chances which could have given her country a first win.

Japan next play Cameroon, who are tied with them on top of Group C but ahead on goal difference, as Ecuador and Switzerland clash for their first points.

In Tuesday’s action across Canada, superstar forward Marta takes center stage as Brazil opens against South Korea in Montreal, while England search for a first win against France since 1974 in Moncton.