Home Business Guess who has a job now? 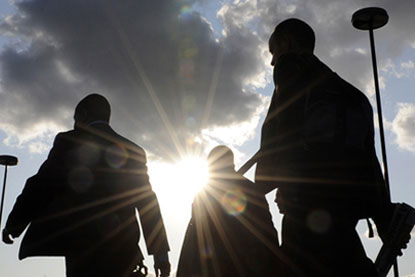 New Delhi: India has retained its second position globally in terms of hiring outlook of companies, but the pace of job additions will slow over the next three months, global staffing firm ManpowerGroup said on Tuesday.

While Taiwan has kept its top slot globally in the quarterly Global Economic Outlook survey, the hiring activity in India is expected to be largely driven by startups and demand in rural and semi-rural areas in the September quarter of 2015.

According to the Manpower Employment Outlook Survey released on Tuesday, out of 5,007 employers across the country, 37% have been bullish about hiring plans, and job seekers are expected to benefit from this robust labour market scene.

Although the findings indicate payrolls growing in July-September, the overall hiring momentum will be a tad slower compared with the prior quarter and the same period a year ago.

Rao added that “growth in hiring is expected to continue in 2015 as employers across sectors plan expansion in rural and semi-rural locations. Tier-2 cities, too, have witnessed start-up culture”.

However, year-on-year, hiring plans weaken in all the seven industry sectors of the sample while on a quarter-on-quarter basis, outlook has dimmed in five.

Globally, the most optimistic employment outlook was reported in Taiwan, India, Japan, Hong Kong and the United States. The weakest – and the only negative – third-quarter hiring plans are reported in Italy and Brazil.

In India, employer hiring intention remained positive in all the seven sectors, mainly driven by mining and construction, finance, insurance, real estate, IT and retail.

“The business situation is encouraging now, and with the government’s continued push for the ‘Make-in-India’ campaign, demand for logistics and supply chain management professionals in the manufacturing sector is likely to go up,” Rao added.

The hiring intention remains bright for the upcoming quarter and outlook remains positive for all sectors and regions, according to the survey.

The other positive is employers in all the four regions covered expect staffing levels to go up in July-September.

The strongest labour markets are seen in the East and the South, where 39 per cent of companies remain sanguine about hiring. For the North and the West, it stands at 37%, and 36%, respectively.