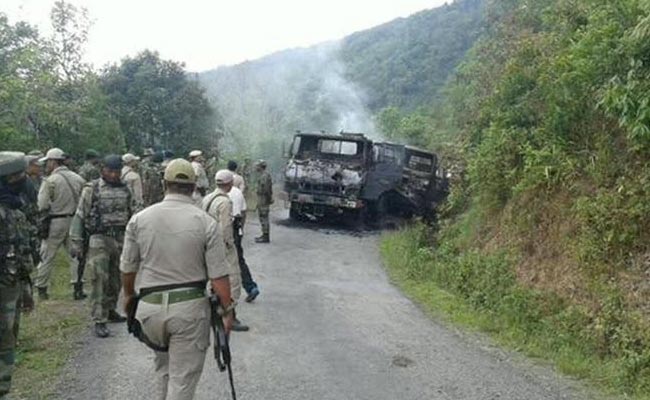 New Delhi:Â Hitting back at rebels who killed 18 soldiers in Manipur, special forces of the army on Tuesday carried out a surgical strike inside Myanmar, slaying about 15 insurgents of the groups believed to be responsible for the deadly ambush.

The strike was carried out by commandos on specific intelligence input in coordination with Myanmarese authorities, with the Army saying that “significant casualties” had been inflicted on two militant groups believed to be NSCN(K) and KYKL.

About 15 insurgents were killed in the assault with no casualties among the soldiers.

Noting that the army had been on “high alert” after Manipur attack, Major General Ranbir Singh, Additional Director General Military Operations, said that in the course of last few days, “credible and specific intelligence” was received about further attacks that were being planned within Indian territory.

“These attacks were to be carried out by some of the groups involved in earlier attacks on our security personnel and their allies,” he told reporters here while briefing on the operation without taking any questions.

“In view of the immenent threat, an immediate response was necessary. Based on intelligence, we conducted operations to counter these planned assaults,” Maj Gen Singh added.

He asserted that “any threat to our security, safety and national integrity will meet a firm response” while ensuring peace and tranquility along the border and in the border states.

While he said the operation was carried out “along the Indo-Myanmar border at two locations, along the Nagaland and Manipur borders”, sources said the strike was carried out inside Myanmar with the coordination of local authorities.