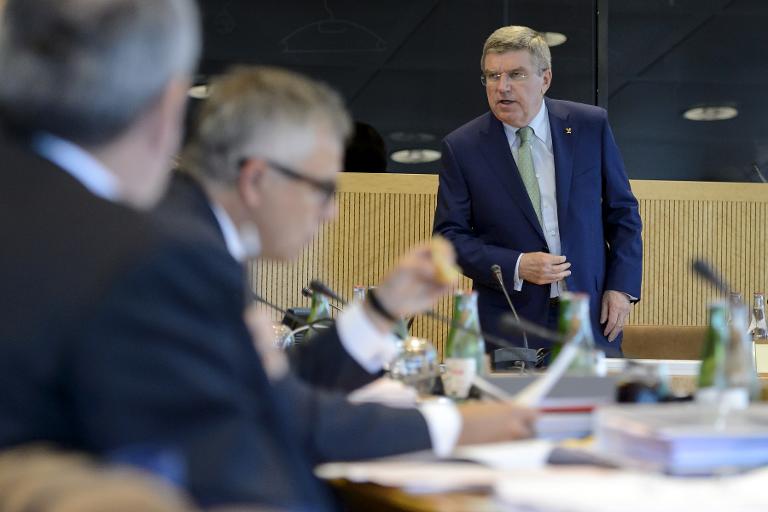 The IOC president said the crisis at football’s world governing body was bigger than the bribes-for-votes furore over the awarding of the 2002 Winter Games to Salt Lake City.

“We know from our experience that putting everything on the table can be painful but it’s absolutely necessary. We’ve seen that in our past,” he said at the International Olympic Committee’s Lausanne headquarters.

“It’s only by doing that that the IOC restored its credibility.”

He added: “We can only encourage FIFA to pursue the reforms that it has chosen to carry out. We appreciate that FIFA should be ready for substantial reforms.”

Bach said the scale of the 2002 Games affair was nothing in comparison to the storm enveloping FIFA.

“The difference in magnitude is enormous,” the 61-year-old told media after an IOC meeting.

“There is almost no comparison with what happened with Salt Lake City and what is happening at FIFA.

“It’s hard to compare, perhaps on the principle, but not on the scale.”

Bach addressed FIFA’s Congress last week in Zurich 24 hours after the corruption scandal blew up with the arrest of seven FIFA officials as part of a US-led corruption inquiry.

He told delegates there to co-operate fully with the wide-ranging investigation to shed “full light” on the corruption allegations.

On top of a mass of bribery claims involving FIFA officials Swiss judicial authorities are probing the awarding of the 2018 and 2022 World Cups to Russia and Qatar that has also raised questions about the 2010 event in South Africa.

The scandal triggered the shock resignation of FIFA president Sepp Blatter, four days after his reelection for a fifth term.

Blatter, an IOC member, will not be present at a meeting Tuesday when Beijing and Almaty set out their bids for the 2022 Winter Olympics.