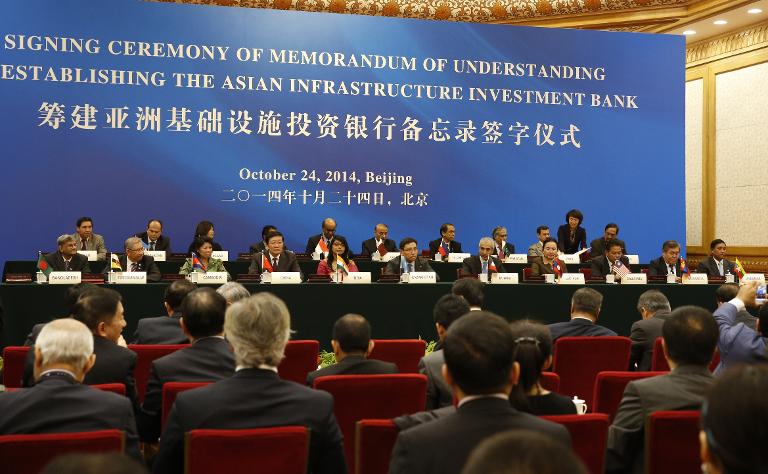 The AIIB, which will be based in the Chinese capital, has 57 prospective members, but the United States and Japan — the world’s largest and third-largest economies, respectively — notably have declined to join.

The Journal quoted people close to the bank as saying its voting structure will give China the “upper hand” as the largest shareholder, effectively granting it veto power.

According to the bank’s articles of incorporation, China is providing nearly $30 billion of the institution’s $100 billion capital base, giving Beijing between 25 to 30 percent of total votes, it said.

The bank’s lean structure will be overseen by an unpaid, non-resident board of directors, the newspaper said.

The AIIB, which is expected to be operational later this year, has been viewed by some as a rival to the World Bank and Asian Development Bank.

But there are concerns over transparency of the lender, which will fund infrastructure in Asia, as well as worries that Beijing will use it to push its own geopolitical and economic interests as a rising power.

Last week former Federal Reserve chairman Ben Bernanke rebuked US lawmakers for allowing China to steal a march with the new bank, which threatens to upend Washington’s oversight of the world economic order.

He said lawmakers were to blame because they refused to agree 2010 reforms that would have given greater clout to China and other emerging powers in the International Monetary Fund.

Under President Xi Jinping, China is pushing to build on the ancient Silk Road trade routes on land and sea, through its “One Belt, One Road” initiative expected to be partly funded by the AIIB.

But supporters say fears over undue Chinese influence are overblown, and that the participation by more than 50 countries, including ones as diverse as Britain and Iran, will dilute Beijing’s power.

The United States led a high-profile, and ultimately unsuccessful, attempt to dissuade allies from taking part in the bank.