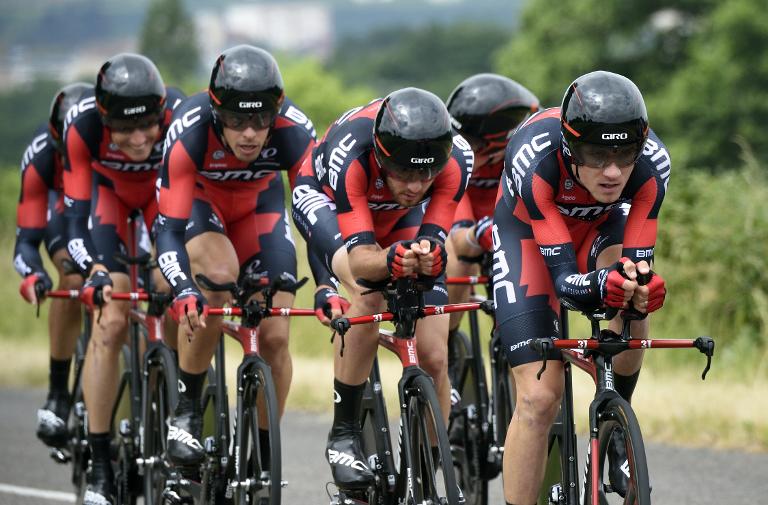 Australian BMC rider Rohan Dennis becomes the new race leader and takes the yellow jersey following a stage similiar to that scheduled for day nine of the Tour de France in July.

“The situation is different in regards to 2013 when it was an individual time-trial and I finished second behind Tony Martin,” said Dennis.

“This time, we won. I came to the Dauphine to help the team but in terms of the overall standings, well I’ve progressed in the mountains and I feel stronger than two years ago.

“Tejay (Van Garderen) is better than me on the climbs but I want to help keep the yellow jersey within the team.” he added.

British team Sky and their leader Chris Froome could only manage sixth place at 35sec on a rolling route that included a slight climb to the finish.

In the overall standings, the 25-year-old Dennis leads American teammate Van Garderen, with both riders having the same time, while Ukrainian Andriy Grivko is third and Nibali fourth, both in a group of five cyclists at 4sec.

“It was the first test of the Dauphine and we gave everything at the finish and this effort paid off,” said Van Garderen.

“The next stage should finish in a sprint and after there are the mountains. It’s a big challenge but I feel ready.” he added.

Wednesday’s fourth stage will see the peloton encounter their longest day in the saddle as they ride 228km from Anneyron to Sisteron.