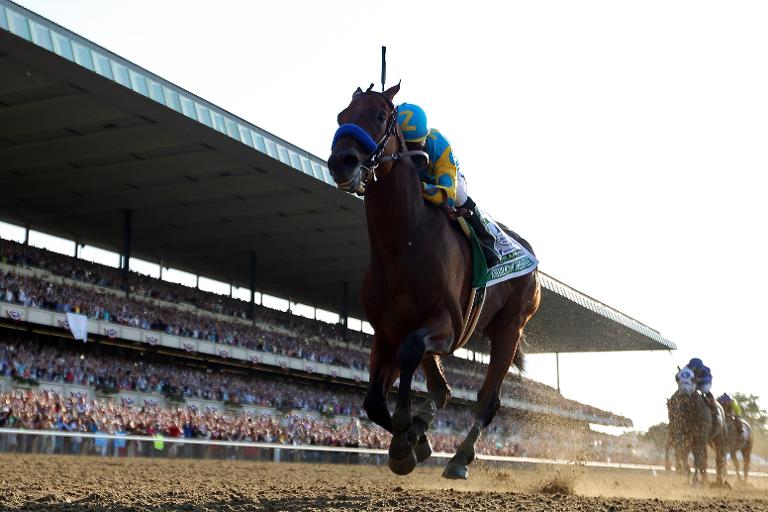 Thousands of punters left more than $315,000 on the table after declining to cash in their $2 tickets following American Pharoah’s historic Triple Crown triumph.

The majority of the horse racing fans who bet on American Pharoah to win at the Belmont Park and Aqueduct Racetrack simply walked away without cashing in their tickets, ESPN.com reported on Monday.

American Pharoah roared to victory in the Belmont Stakes on Saturday, snapping a 37-year drought by becoming the first horse to sweep the Triple Crown since Affirmed.

Some of the tickets have appeared on eBay, where they have been selling for the most part between $20 and $30. Bettors have until March 31 of next year to collect their winnings.

Zayat said Sunday that the three-year-old Triple Crown winner would continue to race until the end of the year.

Horse racing experts say he would likely saddle up twice more before Zayat tries to cash in on six-figure stud fees.