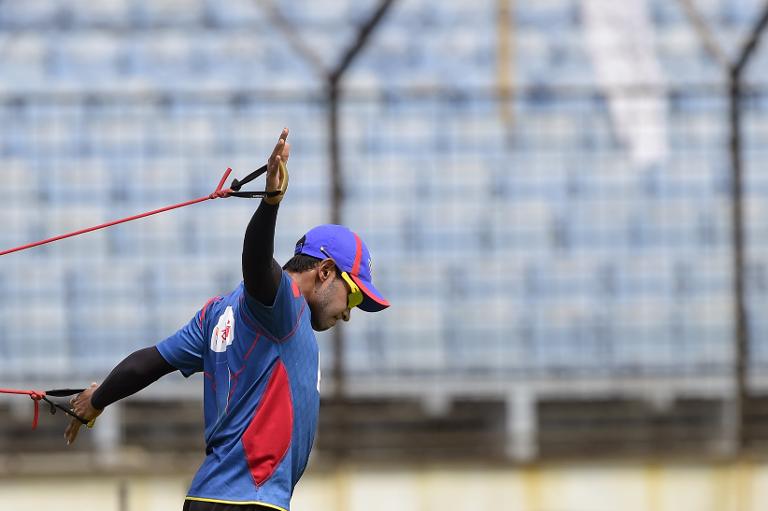 Bangladesh will look to showcase their growing strength and confidence when they clash with India in a one-off Test in Fatullah from Wednesday, captain Mushfiqur Rahim said.

The Tigers are still looking for their first win against India, having lost six and drawn one of their seven Tests so far, but Rahim said he expected his team to give the tourists a close fight.

“India are a good side, but I still think it is a 50-50 game,” Rahim said ahead of the match at the Khan Shaheb Osman Ali stadium on the outskirts of Dhaka.

“They have got quality spinners. If our batsman can handle them, I think this will be an exciting Test.”

Rahim’s men take on India after trouncing Pakistan 3-0 in a one-day international series at home in April-May before losing the two-Test series 1-0.

Bangladesh, who were quarter-finalists at the recent World Cup, have lost 71 of their 90 Tests since attaining full status in 2000, winning just seven.

In their previous Test series against Bangladesh in 2010, India won the first match by 113 runs in Chittagong and the second and final game in Dhaka by 10 wickets.

But Rahim insists Bangladesh had come a long way since then.

“We may have lost both Tests five years ago, but there were some strong individual performances by us,” he said. “We have improved, both individually and as a team. We are confident that we can give a tough fight.

“But we have to be more consistent. We play well for two days, but let ourselves down over the next three days. We must now play session by session and ensure we win maximum sessions.”

Rahim, who is recovering from a finger injury, said he will wait until the toss before deciding if he plays as a specialist batsman and leaves wicket-keeping duties to uncapped Litton Das.

India’s Virat Kohli, who took over as Test captain when Mahendra Singh Dhoni retired from the longer format during the Australian series in December, said he was excited to take over the role full time.

“It is pretty special,” said Kohli. “I never thought that at 26 I will be captain of India’s Test side. My only dream as a child was to play Test cricket for India.

“It will be a special moment for me tomorrow when I go out to toss. It is something I will probably cherish when I finish my career.”

Kohli indicated India may field five bowlers on what is expected to be a hard pitch full of runs, at least on the first three days.

“I certainly believe in giving the team a chance to pick up 20 wickets,” he said. “I am a big fan of playing five bowlers in a 6-5 combination.”

Kohli insisted five bowlers would not weaken the batting. “You only need two to three batsmen to click to get a score of 500,” he said.

The Test will be followed by three one-day internationals to be played in Dhaka on June 18, 21 and 24.