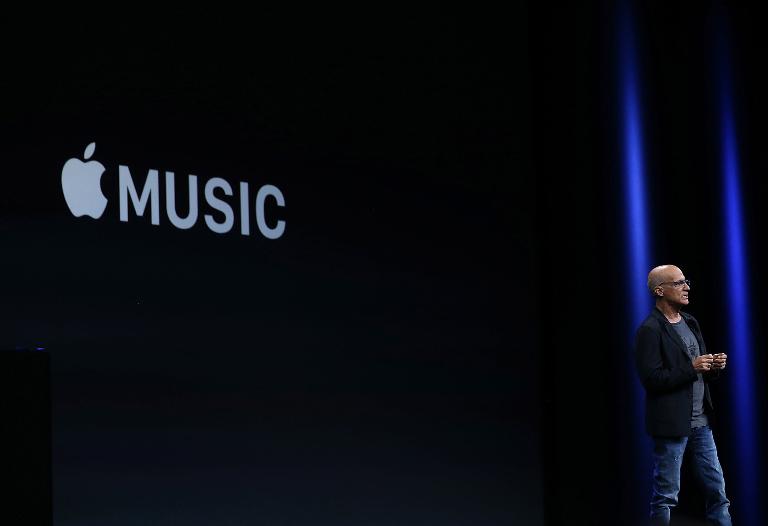 Apple is making its play to shake up online music with a subscription service combining on-demand songs, streamed playlists and a social stage for musicians.

The new Apple Music — which could be a powerful rival to online services such as Spotify, Pandora and Jay Z’s fledgling Tidal — will launch June 30 in 100 countries.

It will initially be available to consumers with Apple devices and later this year to those using Android — a shift for Apple, which aims to attract customers from the rival mobile system dominant around the world.

“This will be the first Apple-branded app or service to reach Android and is a strategic shift for Apple in its approach to the main rival smartphone platform,” said IHS Technology head of mobile analysis Ian Fogg.

Apple has traditionally limited popular services or content to its own devices, keeping people in its “eco-system” and promoting sales of its hardware.

Opening Apple Music to rival mobile phones or tablets could signal that the iconic company is out to create a stand-alone platform to dominate the way music is listened to in the age of streaming digital content, according to analysts.

“Apple Music is really going to move the needle for fans and artists,” said Apple’s Jimmy Iovine, who came to the California tech giant when it purchased Beats Music.

“All the ways you love music, all in one place.”

The service includes a live radio station called Beats 1, tools to find curated playlists or individual songs and a social music network where artists can share life behind the scenes with fans.

The new service, news of which was leaked over the weekend by a top Sony executive, could become a major force in the music industry and was touted as a “revolutionary” step by Apple, which shook up the sector more than a decade ago with its first iTunes digital music store.

“Apple comes late to the music streaming business, due in part to Steve Jobs’ refusal to believe that music subscription services would ever work,” says James McQuivey at Forrester Research.

“But the writing is on the wall: digital downloads don’t make sense for consumers that are connected wherever they go.”

McQuivey said Apple Music may succeed because it can build its new music service into the hundreds of millions of devices already in people’s hands.

In a double threat, the success of iTunes since its launch in 2003 has enabled the California-based company to build strong ties with musicians and recording labels.

“None of the other technology companies quite get to this level,” Forrester analyst Frank Gillett told AFP after the keynote.

Jay Z earlier this year bought Tidal from Sweden’s Aspiro for $56 million and relaunched it on March 30 with fellow stars, including his wife Beyonce and Madonna, who all are stakeholders.

The stars billed Tidal as a company that supports artists and geared the service toward audiophiles.

Tidal’s top-level service costs $19.99 a month, twice that of Spotify which — unlike its rivals and despite opposition from some artists — also has a free tier.

Beats1 live global radio station from Apple will be free for listening and not feature ads.

Apple also announced updated software for the iPhone and iPad, as well as for the Apple Watch and its Mac computers.

The company unveiled an expansion of the Apple Pay service that allows iPhone users to tap their handsets at merchant terminals in Britain.

It will launch next month at some 250,000 locations in Britain including the London transit system.

For its Apple Watch, the updated watchOS 2 has new features, including taking a photo to create a new watch face, personal digital sketches and a feature that allows scanning of past and future calendar events.