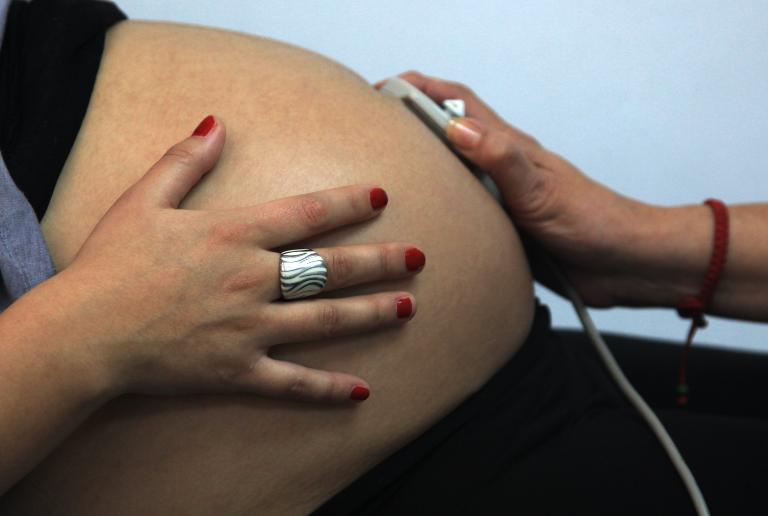 Restrictive abortion laws in Ireland are risking the lives of pregnant women, Amnesty International said Tuesday, as it launched a campaign to encourage Dublin to change the legislation.

Abortion is allowed only when there is risk to the life of the mother â€”- rather than just her health.

The ban is applied even in cases of rape, incest and fatal foetal abnormalities.

As part of its global “My Body, My Rights” campaign, Amnesty is calling on Ireland to change the law so that women and girls can have abortions in those cases “at the very least”.

“The human rights of women and girls are violated on a daily basis because of a constitution that treats them like child-bearing vessels,” said the group’s secretary general, Salil Shetty.

Abortion is a deeply divisive issue in Ireland, a traditionally Catholic country, and ignites fierce debate whenever it is raised in public.

Amnesty said 177,000 women and girls had travelled from Ireland to England and Wales for an abortion since 1971.

In 2014, at least 3,735 made that trip, according to figures released by the British department of health on Tuesday.

“The human cost of the current restrictive abortion laws is extreme and it takes an enormous toll, both mentally and physically,” Shetty told AFP during the campaign launch in Dublin.

“The criminalisation of women seeking abortions is outrageous,” he added.

“There is no treaty or convention acknowledging a supposed ‘right’ to abortion, yet the right to life of every person is widely recognised in international law,” said Niamh Ui Bhriain of the Life Institute.

“Amnesty write glib reports calling for abortion to be made legal but they ignore the reality of what abortion does to an unborn child,” she said.

-‘What is a substantial risk to life?-

Following on Ireland’s adoption of a referendum on same-sex marriage last month, campaigners and politicians called for a referendum to be held to repeal the 8th amendment of the constitution, which grants equal rights to the foetus and the mother.

Prime Minister Enda Kenny has ruled out a vote before the next general election, which must be held by April.

“I do not believe in abortion on demand, but there are very sensitive stories in respect of fatal foetal abnormalities and other issues,” he told parliament on May 26.

“However, it is not a case of simply repealing the eighth amendment and that everybody will be happy afterwards.”

A spokesman for the Department of Health told AFP it was aware of the Amnesty report “and will consider its findings”.

Dublin introduced new laws in 2013 allowing for terminations in limited circumstances if the life of the mother is at risk.

The new law followed the death of 31-year-old Indian dentist Savita Halappanavar in a Galway hospital in October 2012, in a case that generated global attention.

Halappanavar had sought a termination when told she was miscarrying, but the request was refused as the foetus was alive and her life appeared not to be in danger. She died of blood poisoning days after miscarrying.