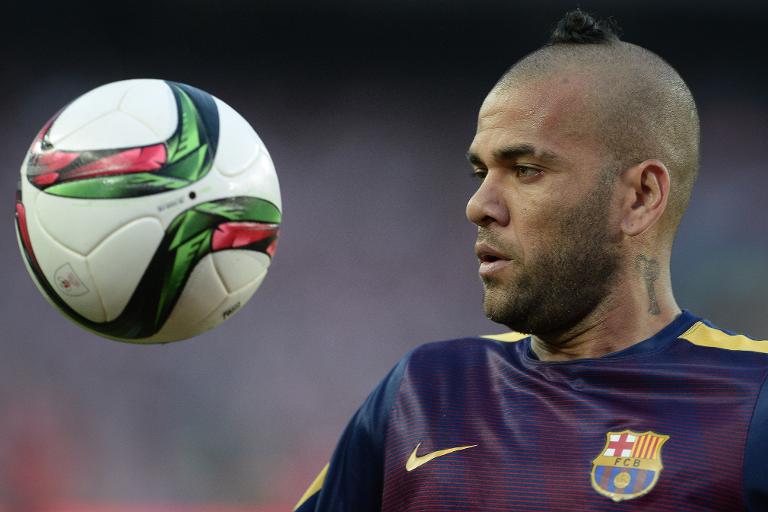 Dani Alves put an end to speculation about his future when he signed a two-year extension to his deal with recently-crowned European champions Barcelona on Tuesday.

The 32-year-old Brazilian defender’s contract was due to expire on June 30, but he came to an agreement with Barca officials for the extension through to 2017, with the option of a third additional season.

Alves, who joined the Catalan club from Sevilla in 2008, has gone on to appear in 343 matches for Barca, more than any other foreigner in the history of the club.

He forms part of the group of seven players that were in both of Barcaâ€™s treble winning squads: the latest completed in Berlin with victory over Juventus on the weekend; and that of his first season, 2008-09, when he was forced to sit out the European Cup final in Rome against Manchester United through suspension.