'You can attract sponsors when you play India' | Newsmobile
Thursday, August 18, 2022

Home Sports 'You can attract sponsors when you play India' 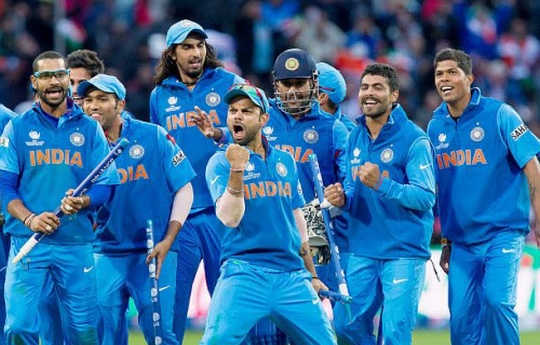 Fatullah:Â Bangladesh’s top all-rounder Shakib Al Hasan feels that a series againstÂ IndiaÂ can always prove to be beneficial as playing the most glamorous outfit in cricket world helps the minnows grab eyeballs and attract sponsors if they do well.Â

For Test captain Mushfiqur Rahim, it gives him “an extra motivation”, while Tamim Iqbal more realistically wants to win atleast “one of the three ODI matches”.Â

Bangladesh’s only representative in IPL, Shakib’s view about what an India series means to the team were pretty matter-of-fact.Â

“For me, an India series means that you can attract the attention of potential sponsors,” Shakib was quoted as saying by Bangladesh’s leading daily ‘Prothom Aalo’ ahead of the one -off Test match against India starting from Wednesday.Â

For Mushfiqur, the series against India is a platform where they can prove that the recent 3-0 ODI series win againstPakistanÂ was not a fluke.Â

“For me, playing against India gives me extra motivation as the entire cricketing world will be watching the series with a lot of interest. When we beat Pakistan in the ODI series, critics said that it was not a quality team. So there is extraÂ bit of motivation for me to do well against India,” Mushfiqur said.Â

For attacking left-handed opener Tamim Iqbal, the expectations are quite realistic.Â

“We would try our best and playÂ to win the Test match butÂ for all practical purposes, I would like to win atleast one ODI match during the three-match series,” said Tamim, whose six against Zaheer Khan during their upset win in the 2007 World Cup, is part of folklore in both countries.