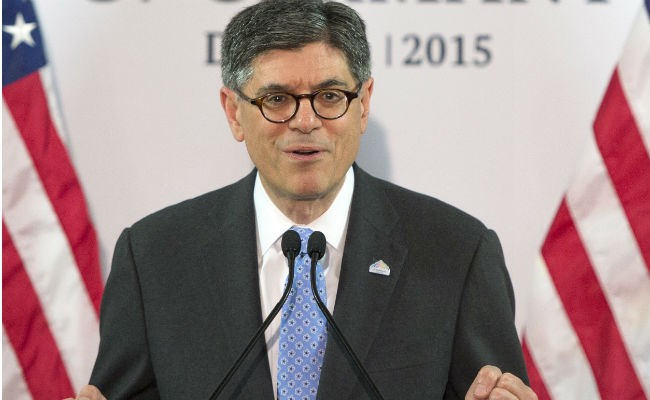 Washington: US Treasury Secretary Jacob Lew defended negotiations for a nuclear deal with Iran amid boos during a speech to a pro-Israel audience Sunday.

Lew was interrupted several times by heckling from the audience at an annual New York conference sponsored by The Jerusalem Post as he laid out the US administration’s position on the nuclear negotiations.

“A diplomatic solution is the best, most enduring path to achieve our goal of keeping Iran from obtaining a nuclear weapon,” he said.

“But we have also been clear, we remain steadfast in our determination to take any steps necessary to prevent Iran from obtaining nuclear weapons. That is not just important to Israel’s security but America’s security.”

He rejected reports that Iran’s uranium stockpile has grown over the 18 months of the negotiations, and insisted that an interim agreement has succeeded in containing its nuclear program.

Iran “has halted and scaled back key elements of its nuclear program. And we have gained unprecedented insight into Iran’s nuclear activities,” Lew said.

“Even though Iran’s stockpile of uranium has gone up and down at various times over the past 18 months, this was something we anticipated and at each of the deadlines that have been set, Iran’s uranium stockpile levels have been within the levels that were agreed to.”

Negotiators representing the United States have until the end of the month to reach a comprehensive agreement limiting Iran’s nuclear program, which Tehran insists is for peaceful purposes but western nations fear is aimed at acquiring if not a bomb, then the capability to build one.