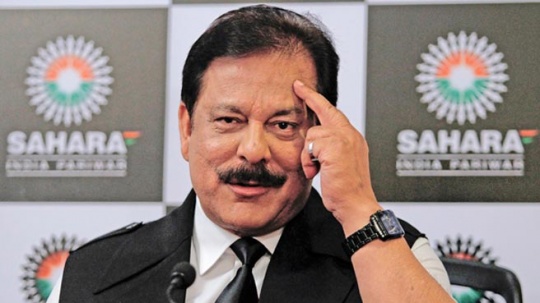 London: The Reuben brothers – David and Simon – have come to the rescue of the Sahara group. They will refinance the $900-million (around Rs 5,500-crore) loan taken from Bank of China, whose covenants the conglomerate, led by its jailed chief Subrata Roy, had failed to meet last year.

The billionaire brothers have acquired control of the crisis-hit Indian group’s iconic Grosvenor House hotel in London and the two US properties â€“ Plaza and Dream Downtown â€“ in a $850 million (Rs 5,500 crore) debt refinance deal, a media report said on Monday.

There was no official word from the Sahara Group on this.

Reuben brothers “have taken control of the Grosvenor House in London and two other luxury hotels in New York through a $850 million debt deal,” a leading daily reported.

In the new deal, Reuben Brothers take over the debt and allow the Sahara group to renegotiate with potential buyers or financiers to raise funds required to pay its dues to the Securities and Exchange Board of India (Sebi).

According to reports, the deal gave a four-month breather to Sahara to explore ways to raise fresh money without losing its properties. Media reports also said Reuben Brothers would acquire control of the Grosvenor hotel. But this could not be independently verified.

The Grosvenor House hotel was put on sale by its lender Bank of China earlier this year after a ‘technical default’.

The Sahara Group has been trying to raise funds to secure release of its chief Subrata Roy, who has been in Tihar Jail for over a year, through monetisation of its various assets including the threeÂ overseas hotels.

While the Bank of China put Grosvenor House under “administration” early in March for recovery of its loans, Sahara looked keen to get funds and claim control of the iconic property.

Sahara had also said that the London hotel was being “treated under default” because Bank of China has declared “an event of default” on the US loans due to some “technical breaches” in the financial covenants.

The loan on Sahara’s three hotels from Bank of China was “cross collateralised and cross guaranteed”.

Sahara had said the debt servicing for the UK and US loans “has always been completely proper and timely”.

Saharas’ refinancing arrangements involved getting a fresh loan for the three properties. A part of the proceeds would be given to Bank of China for release of Grosvenor House from “administration”, while the remainder could be deposited with Sebi to secure release of Roy and two other top officials fromÂ Tihar Jail.

Who are the saviours?

David and Simon Reuben built their fortune with RussianÂ aluminium company Trans-World Metals, but later sold out and putÂ their money into private equity and property.

The Reubens are rarely in the public eye despite holding oneÂ of Britain’s largest fortunes. They rank 80th on the 2015 ForbesÂ list of the world’s richest people, with an estimated wealth ofÂ $13.7 billion.

The two were born in Mumbai but made their fortune fromÂ London, where Simon went into property and his older brotherÂ David started trading in scrap metal.