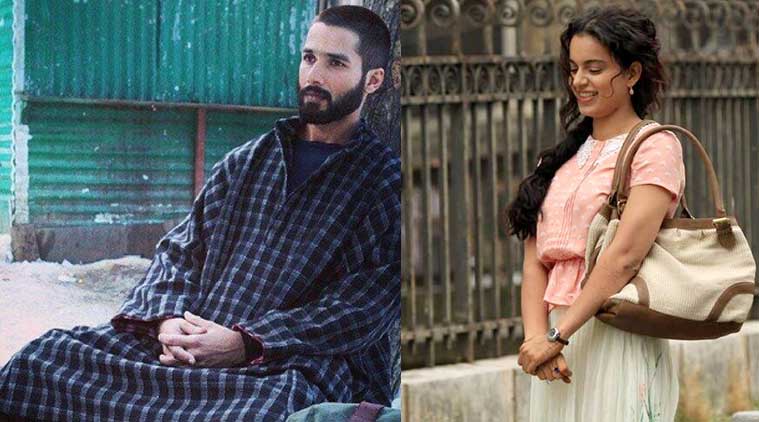 Indian cinemaâ€™s biggest extravaganza unfolded in Kuala Lumpur’s Putra Stadium. The grand finale of the IIFA saw a bevy of bollywood celebs grace the stage and enthrall spectators with a star-studded show on the 16th edition of the Awards held on June 7.

The gala night was hosted by the Gunday actors Ranveer Singh and Arjun Kapoor with Ranveer wowing everyone in his Rohit Gandhi and Rahul Khanna brocade suit.

The stage was set on fire with some awesome performances by Hrithik Roshan, Shahid Kapoor, Tiger Shroff and Sonakshi Sinha.

Anushka Sharma stole the show with her scarlet outfit by Gauri and Nainika and sizzled the dance floor.

The award night was definitely lucky for films like Haider, Queen and PK as they scored big wins.

Shahid Kapoor and Kangana Ranaut snapped up the male and female awards for best performance in a leading role for Haider and Queen respectively, while Rajkumar Hirani won best director for PK and Vikas Bahl’s film Queen was named best picture.

Deepika Padukone won the honours for the the Woman of the Year, after a busy year with films like Piku, Happy New Year and Finding Fanny. She wore a maroon and gold embellished sari which actually graced her beauty with some glitters.

Sonakshi Sinha, who made her debut this year with her singing talent, crooned once again on day third at the IIFA Awards. The Dabangg actress paid tribute to the leading men of Bollywood in her trademark dubsmash-style, as she performed to songs like Jumma Chumma and Lungi Dance.

Shraddha Kapoor paid a tribute to showman Subhash Ghai, saying it was a ‘dream come true’ since as a child she would perform to Taal se Taal Mila from his film Taal.

As we told you earlier, Ghai received the Lifetime Achievement award this year.

This is the second time IIFA will be travelling to Malaysia. The Bollywood awards ceremony was last held in the country in 2002.

Given their wit and humour, the event had Â loads of LOL moments.
Â