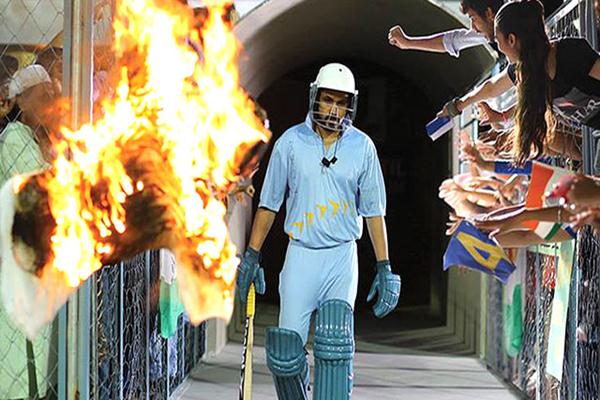 Mumbai: It seems â€˜Azharâ€™, a biopic on Indiaâ€™s former skipper Mohammad Azharuddin, has created quite the buzz across platforms even before its release.

The first look of the movie, released last month, has already created a lot of buzz in tinsel town and now the new twist is that â€˜Azharâ€™ has roped in a new actor.

Yes, you read correctly, not two but three ladies have been cast opposite Emraan Hashmi, who plays the protagonist.

Ever since â€˜Azharâ€™ was announced, there were constant speculations about who will play the role of Azharâ€™s wife.

After signing Hashmi in the title role, Prachi Desai was roped in to play his first wife and Nargis Fakhri his second wife, the filmâ€™s producers have now roped in Huma Qureshi to play another significant role.

The â€˜Badlapurâ€™ actress who was about to play the role of the third female protagonist, apparently based on badminton player Jwala Gutta, will now be done by Nimrat Kaur.

Reports were making the rounds a few years ago with news of the cricketerâ€™s friendship with the badminton champ.

The biopic is on the life, achievements and controversies of Indiaâ€™s finest skipper Mohammad Azharuddin.

The teaser of the film was launched in the presence of Azharuddin and Hashmi on May 25.

Azharuddin led the Indian cricket team for most of the 1990s. He was implicated in a match-fixing scandal in 2000, and banned for life. But later in 2012, the Andhra Pradesh High Court lifted the ban.