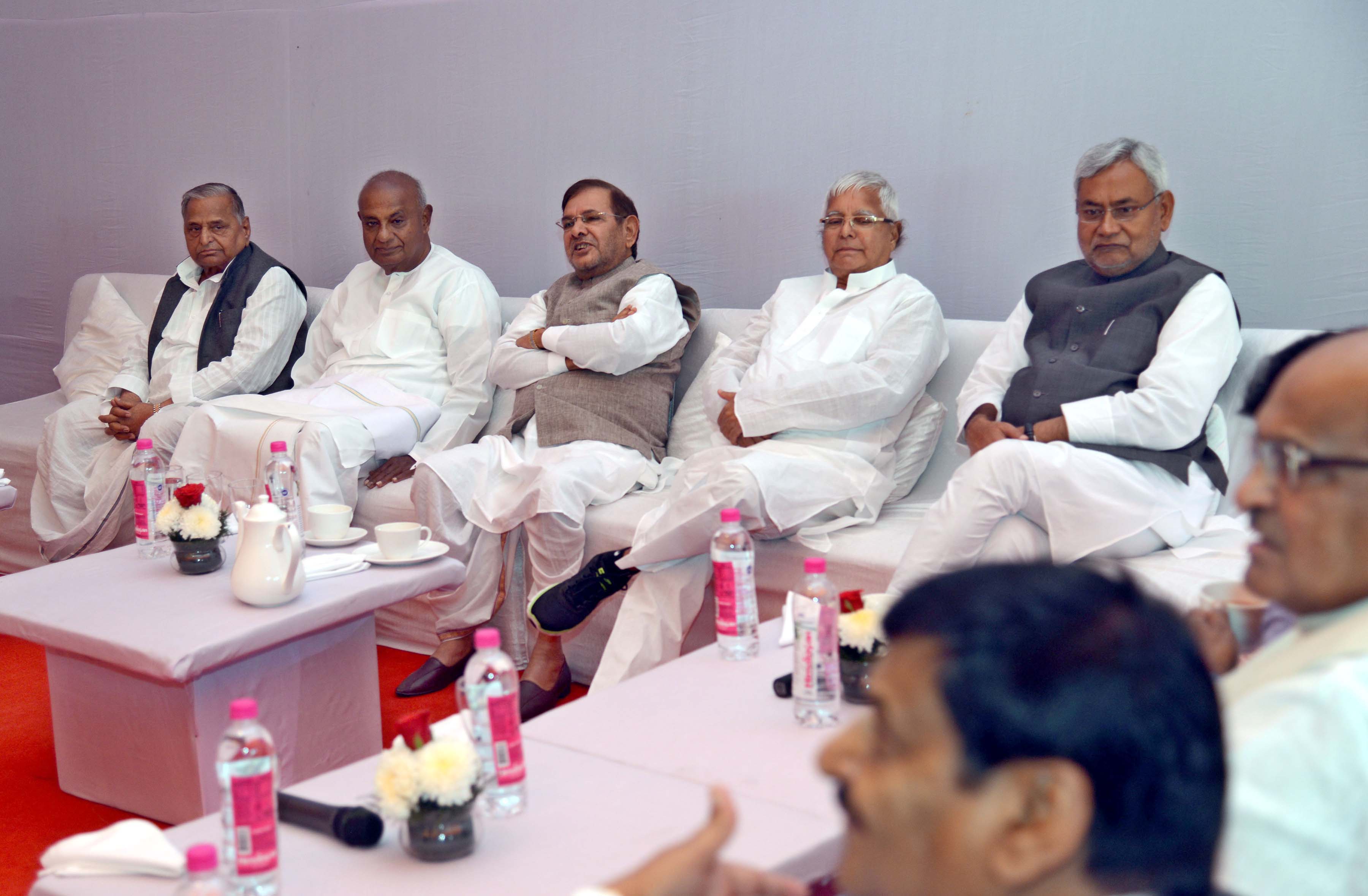 New Delhi: Taking the Janata Alliance to al=n all new high and charting a new course for the tentative anti-Modi led government at the Centre, Nitish KumarÂ will be the Chief Ministerial candidate of the JD(U)-RJD combine in Bihar, SP ChiefÂ Mulayam SinghÂ Yadav announced on Monday, resolving a major irritant in the alliance between the two parties to take on theÂ BJPÂ in coming Assembly elections in the state.Â

“There are no differences and we will not allow any differences to crop up,” Yadav said while declaring that they would fight together to root out “communal forces”.Â

A day after the two parties agreed to fight the Assembly polls in an alliance, Yadav disclosed at a press conference here which was also attended by RJD president Lalu Prasad and JD(U) chief Sharad Yadav, that Prasad proposed Kumar’s name for the top job in the state.Â

Breaking his silence on the issue, Prasad said he cannot contestÂ electionÂ himself and there was no other CM contender from his family or party.Â

“There are no differences between us (between him and Kumar),” he said, downplaying earlier remarks of some RJD leaders expressing discomfiture over projecting Nitish Kumar as CM candidate.Â

The coming together of the once-bitter rivals is seen as a compulsion for the Janata Parivar, which lost badly in last year’s Lok Sabha elections in which BJP won out of 40 seats in Bihar.