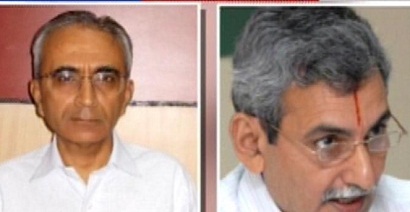 These names are understood to have been cleared in the meetings that Prime Minister Narendra Modi had with leader of largest opposition party in Lok Sabha – Mallikarjun Kharge.

Earlier last month, Congress president Sonia Gandhi and party vice president Rahul Gandhi had attacked the Prime Minister over the delay in the appointments of chiefs of CIC, CVC and Lokpal saying the government feared transparency.

Chowdary, who retired as CBDT chief in October last year, has been working as adviser to Supreme Court appointed Special Investigation Team (SIT) that is probing black money cases.

The two meetings also cleared the names for three vacant posts of Information Commissioners and at least one Vigilance Commissioner.

The last meeting of the panel held here on May 23 had remained inconclusive.

The CIC, which is mandated to resolve appeals and complaints filed against government departments or public authorities by information seekers under the Right to Information Act, has been working without a chief for over nine months, after the tenure of CIC Rajiv Mathur ended on August 22, 2014.

The government has received about 130 applications for the two vacant posts at the anti-corruption watchdog, reports said.Â