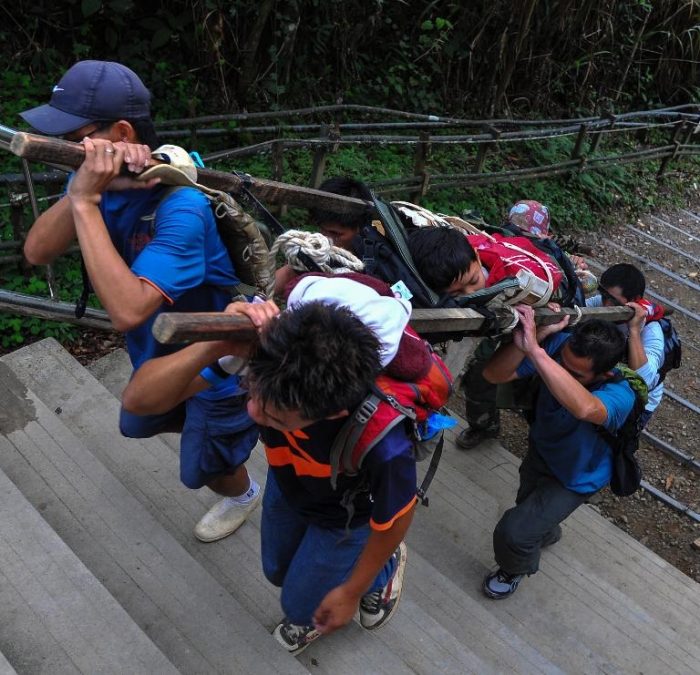 Five Singapore primary school students and one teacher were among the 13 people so far confirmed killed by an earthquake that rocked Malaysia’s Mount Kinabalu, the city-state’s government said Sunday.

“We are deeply saddened to inform that the bodies recovered by the Malaysian authorities have been identified by their next-of-kin as five students and one teacher from Tanjong Katong Primary School,” said a statement by Singapore’s Ministry of Education.

The statement also confirmed that a Singapore adventure guide who accompanied a school excursion to the popular climbing destination was killed in Friday’s quake, which triggered massive landslides on the mountain.

It added that another student and a teacher remained missing.

Rescue teams continued to search on Sunday for six people that authorities say are still missing.

Friday’s 6.0-magnitude quake, which struck near the mountain in the state of Sabah on Borneo island, was one of Malaysia’s strongest in decades.

But there have been no reports of major damage or any casualties outside of those on the 4,095-metre-high (13,435-foot) mountain, a Borneo tourist destination.

Malaysian officials have so far released few details on casualties at the peak.