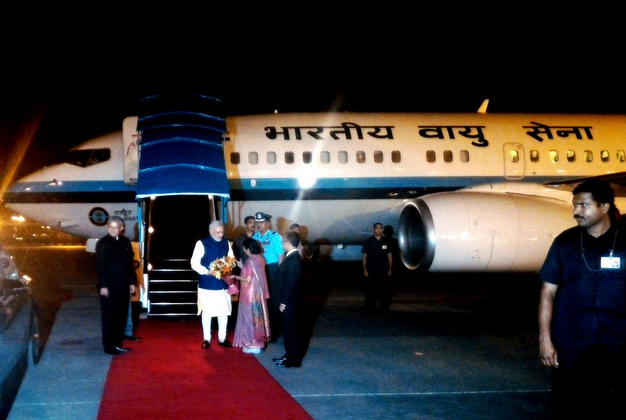 New Delhi: Prime Minister Narendra Modi on Sunday returned home after wrapping up his two-day visit to Bangladesh during which the two countries signed 22 pacts to deepen cooperation besides ratifying the historic Land Boundary Agreement.

“Thank you Bangladesh. The visit will remain forever etched in my memory. Outcomes of the visit will lead to a stronger partnership,” the Prime Minister tweeted just before departing for New Delhi.

Referring to ratification of the LBA, Modi said, “Most importantly, we successfully overcame long pending issues of the past & this will enable us to create a better future for our ties.”Â

Yesterday, Modi had extensive talks with his Bangladeshi counterpart Sheikh Hasina following which the pacts were signed which including an agreement on coastal shipping, an MoU on setting up of Indian Economic Zones and allowing Life Insurance Corporation to operate in the country.

Today Modi called on President Abdul Hamid and met leaders of all political parties who complimented him for brining political unity in India to ensure passage of a bill to implement the LBA.