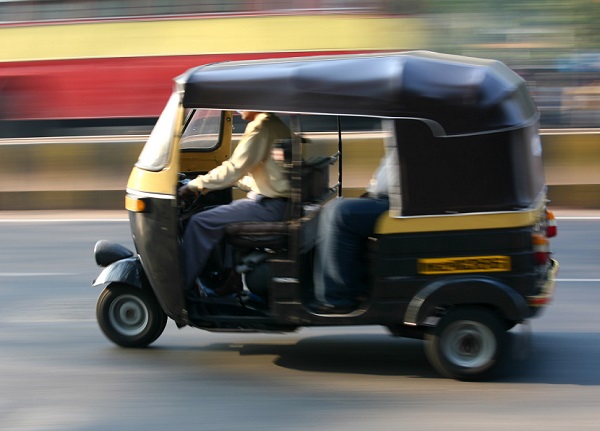 Jugnoo wants to make it easy for people to hail these auto rickshaws through their smart phones.

Jugnoo’s business model is unique because it is tackling transportation and on-demand delivery at the same time.

Techcruch.com quoted founder Samar Singla, as saying that he hoped his company’s double-pronged approach would set it apart from other auto rickshaw apps like mGaadi and PoochO, as well as taxi facilities like Uber and Ola, both of which recently added the three-wheeled vehicles to their services.

Jugnoo claims to have 150,000 users and handles about 3,000 transactions each day, making about 4,000 dollars in daily revenue.

It was launched in November, and at that time, the company noticed that many people were hailing auto rickshaws not for rides, but to deliver and pick up items.

To keep up, it launched two new services -Jugnoo Meals and Jugnoo Fatafat, which focus on restaurant orders and on-demand deliveries from local stores, respectively.

Both are important sources of revenue for Jugnoo since it wants to keep ride fares low for its cost-conscious user base and avoid surge pricing.

Logistics currently accounts for 30% of the company’s transactions, but its goal is to boost that number to 50%.

Auto rickshaws are popular in India because they are inexpensive and easy to maneuver through crowded streets, but can still be loaded with more goods than a bicycle or scooter.

A former physicist, Singla was working at his previous startup, Juggernaut, which makes on-demand apps for businesses, when he realized there is a need for instant hailing of auto rickshaws.

Like other transportation and hyper-local delivery apps, Jugnoo uses a heat map to manage supply and demand.

As the company expands, it plans to add three-way chats to Jugnoo Fatafat between users, vendors, and customer support, as well as a mobile point-of-sale system.