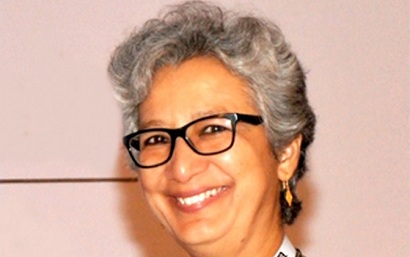 New Delhi:Â Gujarat-cadre senior IAS officer Rita A Teaotia was appointed as new Commerce Secretary and Rajeev Nayan Choubey was made Civil Aviation Secretary as part of a top-level bureaucratic reshuffle at the Centre.

Somasundaram has replaced Vinay Sheel Oberoi, who will be Secretary, Department of Higher Education. Oberoi will take charge from Satyanarayan Mohanty who has been made Secretary General, National Human Rights Commission (NHRC).

Delhi Development Authority (DDA) Vice Chairman Balvender Kumar has been made Mines Secretary. Kumar will replace Anup K Pujari, who has been appointed as Secretary in Ministry of Micro, Small and Medium Enterprises, it said.

Pradeep Kumar Pujari, another Gujarat cadre IAS officer, is new Power Secretary in place of P K Sinha who was earlier named as next Cabinet Secretary. Pujari is Special Secretary and Financial Adviser in the Department of Agriculture Research and Education.

A total of 17 Secretary-level new appointments have been cleared by the Appointments Committee of Cabinet (ACC) headed by Prime Minister Narendra Modi.Â