Swachch Railways: Whose responsibility is it? | Newsmobile
Thursday, June 30, 2022

Home Lifestyle Swachch Railways: Whose responsibility is it? 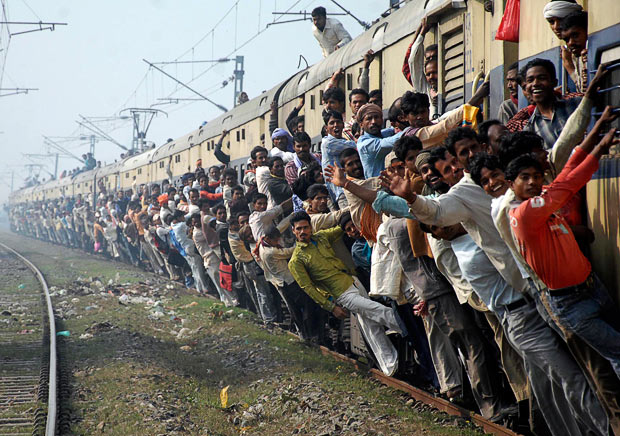 When I was young, I remember December vacations would be spent in Kerala, with my grandparents. Weâ€™d board a train from Guwahati to Palakkad, a 72-hour journey. Back then, AC tickets were out of bounds and most of the middle class would be seen carrying food thatâ€™ll help them survive for the next 72 hours.

Now, that isnâ€™t the problem. The problem is actually when the journey would get underway. For the first day, the coach would be decent. As the train would chug deeper into the journey, more people would fill in, the coaches at the risk of bursting with the extra load. There would be sacks of onions and potatoes stocked perfectly well in washrooms; the water would dry Â up thick and fast; washrooms would begin to smell like train washrooms. The compartments would begin to look like dustbins, soon our appetite dying out.

This was more than a decade back. When I first undertook my Rajdhani journey, I was certain that I would have an A-class experience. Did I?

Indian Railways now have a trademark — stench, dirt and overcrowding. Itâ€™s been years, but nothing much has changed. Itâ€™s all the same. However, now that the government has gone the hi-fi way, it seems weâ€™ll soon have an app that will help us get our compartments cleaned in no time.

This app, called â€˜Clean My Coachâ€™ will allow passengers to shoot an SMS with their PNR numbers, which would then get forwarded to the concerned housekeeping staff, who would then have to attend to the complaint and get an acknowledgement from the passenger.

This sounds too good to be true, especially for someone like me whoâ€™s never even dreamt of having decently okay coaches, let alone having them spic and span. But then, perhaps, this is the beginning of a new era, or thatâ€™s what Iâ€™d like to believe.

However, it isnâ€™t just the governmentâ€™s responsibility to keep it clean. Passengers need to treat it like their homes. Often, I come across people who gobble on a banana, say for example and throw the peel right there, as if they are kings of some empire, expecting the housekeeping staff to clean the coach at their beck and call.

As a passenger, here are things that you can do to your part of it too.

Treat it like itâ€™s your home. Carry a big plastic bag and deposit all your paper cups and other waste materials in that instead of throwing it inside the compartment or outside on the tracks. Hand it over to the staff at regular intervals.

Donâ€™t waste water. Remember there is limited supply, so be economical in using.