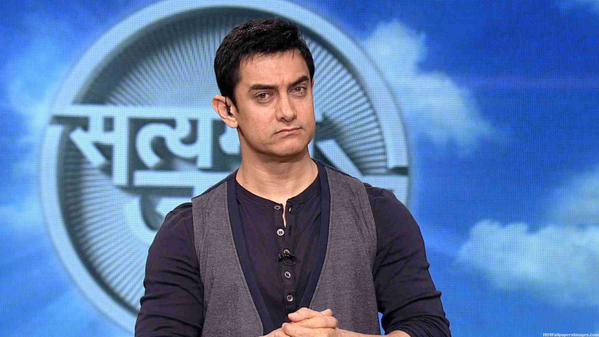 Aamir Khan is a great actor, a perfectionist and always chooses his films meticulously. But then he is also a human being and is always a part of some or the other controversy. Be it plagiarism case regarding â€˜PKâ€™ or his view regarding AIB roast which brought him into another controversy, it seems like thereâ€™s no end to this saga.

Now, as you must have guessed correctly, thereâ€™s yet another controversy that Aamir has landed himself into.

An activist has sent a legal notice to him for his television show ‘Satyamev Jayate’, for using the emblem of the country as the title of the programme allegedly without the Central government’s permission.

The name ‘Satyamev Jayate’ is a part of the national emblem, says Manoranjan Roy, the activist. The notice, sent by advocate Manoj Singh on Roy’s behalf, demands that producers of the show furnish a copy of government permission. “Otherwise our client has given us peremptory instructions to initiate legal proceedings against you,” it says.

The notice’s recipients are Aamir Khan, his wife Kiran Rao (both producers) and the show’s director Satyajit Bhatkal.

The title ‘Satyamev Jayate’ is a part of the State Emblem which cannot be used without permission as per State Emblem of India (Prohibition of Improper Use) Act 2009, it says.

No authority has the right to register or grant patent which contains the State Emblem or its part, the notice says, adding that “it cannot be used to get monetary benefit or for the purpose of advertisement.”

Despite repeated attempts Khan, Rao or their managers could not be contacted for reaction.