'Only Cong can bring Bengal on path of development' | Newsmobile
Wednesday, August 17, 2022

Home Politics 'Only Cong can bring Bengal on path of development' 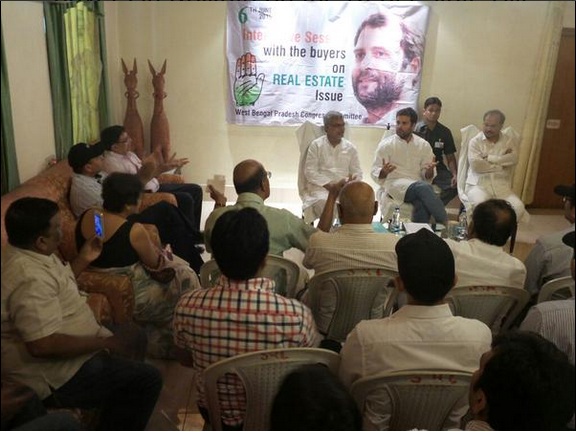 New Delhi: Claiming that both the Left Front and the Trinamool Congress have failed the people of West Bengal, Rahul Gandhi on Saturday said that only Congress can bring the state back on the path of development.

“Left Front had put brakes on the development of Bengal,” Gandhi said, referring to the 34-year rule of CPI(M)-led Left Front in the state, while speaking to jute mill workers here in Hooghly district, around 25 km from Kolkata.

“Then people thought that Trinamool Congress will come and take the state forward, but after it came to power (in 2011), it put the brakes on development. Continuing the deadlock,” he said while talking to the workers at Wellington Jute Mill on the banks of River Ganges, which is dotted with jute mills.

During his interaction with the workers, Gandhi assured them that he will raise their problems in Parliament.

Urging the people to bring Congress back to power in the state, he said, “Only Congress can release the brakes and take the vehicle of development forward in Bengal.”

The Congress, which had been voted out of power way back in 1977, has steadily lost ground first to the Left Front and then to Trinamool Congress.

It received a drubbing in the recent civic elections in the state coming a poor fourth in vote share, behind Trinamool Congress, Left Front, and the BJP.

During his interaction with jute mill workers, Gandhi was apprised of their problems related to closure of mills, wages, pension, bonus and fringe benefits, state INTUC president Ramen Pandey said.

Briefing the media about Gandhi’s talks with the workers, Pandey said, “We also urged him to take up the issue of making jute packaging of food grains, sugar and other items compulsory in Parliament so as to save the industry.”

The INTUC also gave a memorandum to Gandhi on labour issues in tea gardens in North Bengal and the crisis faced by workers and other local businesses owing to the closure of the Ambassador factory at Hindustan Motors factory at Hindmotor here.