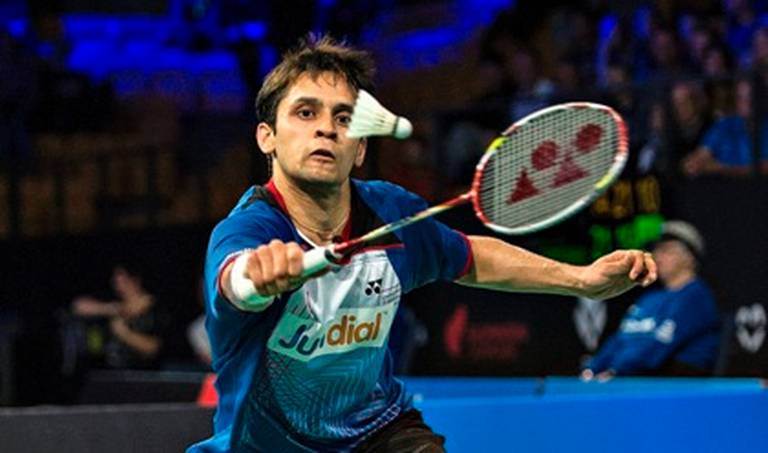 Jakarta: Indian shuttler Parupalli Kashyap squandered a dominating position to crash out of the Indonesia Open Super Series with a semi-final loss to eighth seed Momota Kento on Saturday.

Kashyap and Kento were facing off after a gap of two years and the Japanese had emerged triumphant in their previous encounter as well.

Kashyap was quick off the blocks, taking a 2-0 lead to start with but Kento did not let him go off the hook as he drew level at 6-6.

The battle was neck-and-neck from thereon before Kashyap grabbed an 11-8 edge. Then he reeled off six consecutive points to take control of the game and pocket it in 16 minutes.

Kento tried to stage a recovery in the second game and opened a 5-1 lead but Kashyap did not let the momentum slip and went ahead at 9-5.

However, more twists and turns followed as Kento and Kashyap engaged in a see-saw battle where momentum shifted rapidly.

Kento was the one to hold his nerve and after grabbing three game points, he sealed it in the very first to take the match into the third game.

The decider turned out to be a thriller as both the players stepped it up. Kashyap, however, broke away with a 15-10 lead only to fritter it away.